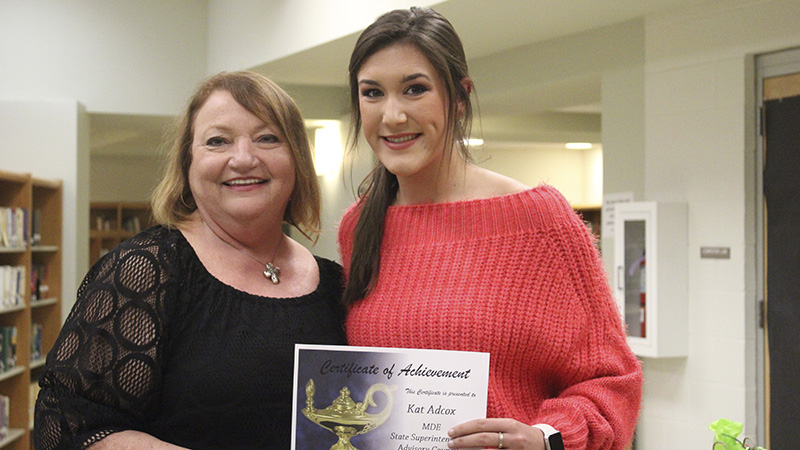 Poplarville Middle School Principal Heidi Dillon updated the District’s Board of Trustees about the school’s progress during the regular Board meeting Monday.

The school is also in the process of updating its Additional Targeted Support and Improvement plan, Dillon said. According to previous coverage, schools are put in the ATSI program when their three year average subgroup performance is at or below all students in the lowest performing schools. The middle school was placed in the program in 2016 because of the test results for its students with disabilities. The school was allocated more money for ATSI, Dillon said, and will bring its updated plan to the Board in January or February.

In a separate matter, the Poplarville School District has a new Title V allocation of $35,000 to help pay the benefits and salary for a social worker who works at the Lower Elementary and Upper Elementary, said Assistant Superintendent Konya Miller. The Board approved the 2020 consolidated federal program Title V application.

The Board also had to approve a revision of the 2019 consolidated federal program applications for Titles I, II and IV because each year the District gets a preliminary budget for the program, then a revised budget six months later, said Miller. The revised budget decreased by $1,500 for Title 1, and approximately $30 each for Title II and Title IV, Miller said.