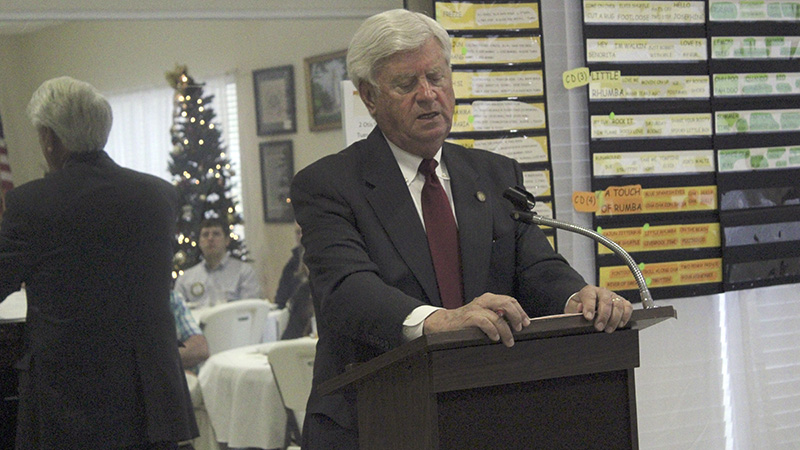 Randolph said the courts need funding for veterans courts and mental health courts and he believes the Legislature should increase pay for trial judges to decrease their turnover.

The Legislature created mental health and veterans courts under the existing Intervention Courts, Randolph said. Drug Courts were reclassified as Intervention Courts in the 2019 legislative session, according to House Bill 1352. The mental health courts are designed to divert people who commit crimes driven by mental illness away from prison and into clinical treatment with intensive supervision, according to House Bill 334. The veterans courts are similarly designed to divert veterans who commit felonies away from incarceration, said Randolph. Veteran’s Affairs is committed to collaborating with the veterans courts, Randolph said.

Both courts require the district attorney and defending attorney to decide if the person is eligible for intervention court, Randolph said. The Legislature provided $250,000 in funding for the 2020 fiscal year to create infrastructure for the new courts, Randolph said.

The judiciary is requesting $2.2 million in general funds for the 2021 fiscal year to fund the existing intervention courts and add three new drug courts, eight mental health courts and eight veterans courts. Implementing the plan is projected to cost $125,000 per court, but some of the courts would be able to build money to operate on after they begin operations, he said.

Randolph said he believes increased funding for intervention courts will be offset by the savings drug courts provide to the state.

The program has a 50 percent graduation rate. Based on incarceration rates from 2012 to 2019, if the people diverted into drug courts had been incarcerated, it would have cost the state $47 million to $65 million per year, Randolph said.

The role of trial judges has changed since 2012, Randolph said, because they are spending more time outside of court assisting with drug court programs and they have more employees to manage.

Due to the turnover, Mississippi 42 new trial judges take the bench in the last year, which is believed to be the largest turnover on the Mississippi bench, Randolph said. The last pay raise for trial judges was in 2012. Salaries for judges in the state range from $136,000 for circuit and chancery judges to $159,000 for the chief justice. The requested increases range from an additional $13,000 for circuit and chancery judges to an additional $15,200 for the chief justice. The pay increases for the state’s 128 judges were recommended by the State Personnel Board and would cost an additional $2 million.