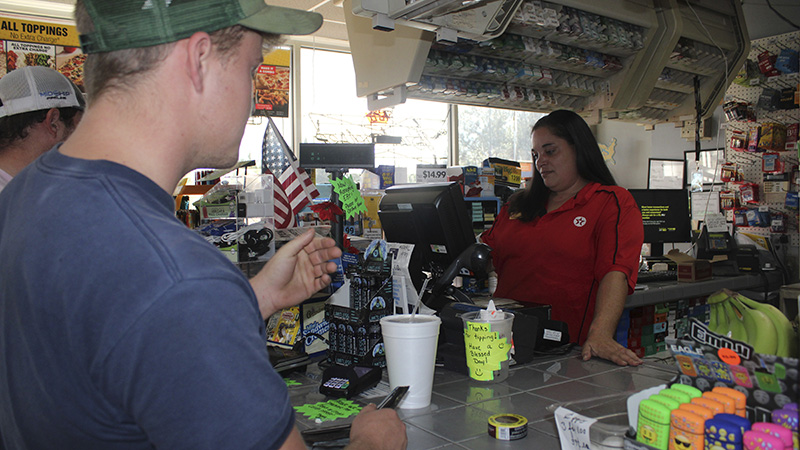 Ben McCormick purchases snuff at a gas station Tuesday. The 19-year-old will be directly affected by the federal change to raise the age requirement for purchasing tobacco products next year.

The legal age to purchase tobacco in Mississippi will increase from 18 to 21 next summer due to changes in federal regulations.

The federal spending bill, known as the Further Consolidated Appropriations Act of 2020, signed into law Dec. 20 also raised the federal minimum age for purchasing tobacco products to 21. Mississippi’s current minimum age to purchase tobacco products is 18. The regulation change will take approximately nine months to go into effect, that’s because it will require up to 180 days to change the regulation. After the regulation is changed, it will go into effect 90 days later.

Donielle Kennedy, a Tobacco Shack employee who just turned 21, said she thinks the policy change is good, but does not expect it to be effective.

Kennedy has many peers who began smoking before 21, and said she does not believe they were deterred by the 18-year-old age restriction.

Lori Fabra said she is not in favor of the age requirement change.

“I think if they’re old enough to go to war, they should be able to buy them. Are they going to change the draft age?”

Fabra sells tobacco products at an area gas station, and agrees with Kennedy that the change will not prevent young people in Mississippi from acquiring tobacco products.

“I think parents come in and buy tobacco and alcohol for kids already,” Fabra said.

A pair of 19-year-olds, Justin Carroll and Ben McCormick, who stopped in the gas station to purchase chewing tobacco and food, said they were not in favor of the change.

Carroll said he has been using chewing tobacco since he was 16.

“I think they can’t be getting people addicted to it, then take it away,” Carroll said.

McCormick said he believes the change in age requirement will not prevent people from using tobacco, because he thinks shoppers will simply find “shady places” to purchase the products.