Local clubs donate meals to the less fortunate for Christmas 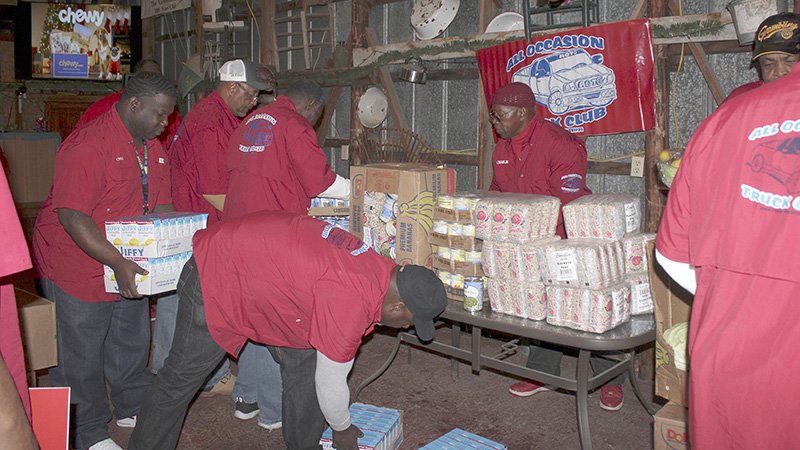 Two local groups donated food baskets to families in need over the weekend to make sure people have a feast during the holidays.

One of those clubs was the All Occasion Truck Club, which collected food for 50 Christmas baskets that were distributed Saturday, said club secretary Carl Woodson.

Each of the 17 club members found three people who needed a food basket, said Woodson. The nonprofit has been putting together the baskets since it began with seven members in 2004. The first year the club gave away 10 baskets, said Woodson.

Members find families in the community who need help regardless of age or ethnicity, Woodson said.

Woodson said he came from a single parent household and can remember Christmases where there was not a turkey on his family’s table.

Charity, whether through the Back 2 School Extravaganza or scholarships for local students, is the organization’s number one concern, Woodson said.

“We’re hoping this year will be a real big year,” Woodson said. “Every year we try to do more and more.”

Veterans of Foreign Wars post 3804 in Picayune also collected food to provide 50 Christmas baskets that were given away Friday.

The local VFW post has been giving away Christmas baskets for at least the last 20 years to give back to people who really need help in the community, Stogner said.

The post is involved in other community projects like raising funds to help with funeral costs or doctor bills, Stogner said.

Signs installed throughout city to remind drivers to share…