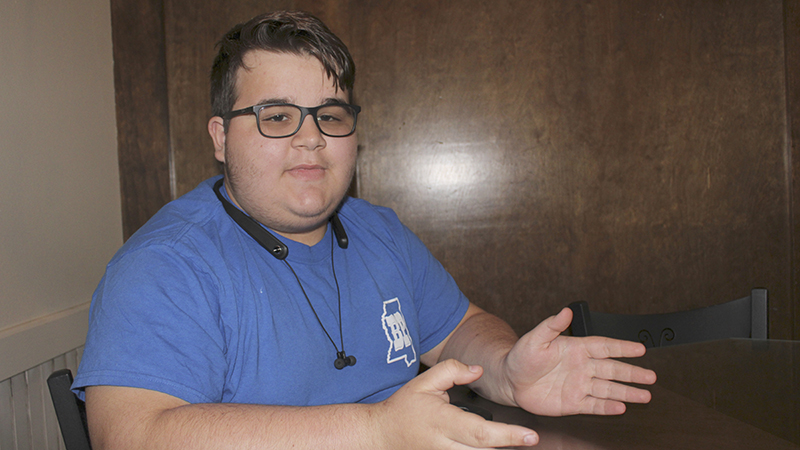 Picayune Memorial High School senior Brandon Russo, a member of Troop 351, will be the first in his troop to earn the Eagle Scout rank since it was reestablished in 2016.

Eagle Scout is the highest rank in Scouts BSA and to earn it scouts must have 21 merit badges and complete an Eagle Scout project, Russo said. Russo is expected to receive his new rank in January of 2020.

Russo wanted to help Manna Ministries because of the work the nonprofit did to support the community after Hurricane Katrina, he said.

“I grew up in Chalmette, and organizations like that helped us rebuild after the storm,” Russo said.

The movie night brought in approximately 50 attendees, who donated food items and purchased concessions from Troop 351. Both the proceeds from the concessions and the donated food will be given to the nonprofit when they reopen after the holidays in January, Russo said.

To complete his project, Russo needed to apply to the Picayune City Council to use the park and had to find concession supplies and food, he said. The project taught him to accomplish tasks quickly.

“I learned not to dilly dally,” Russo said.

Even though his Eagle Scout project is almost complete, Russo is not done with Boy Scouts. He plans to work at the Philmont Scout Ranch in New Mexico over the summer and wants to become an assistant scout master after he completes college.