Board hears updates on weir and bridges 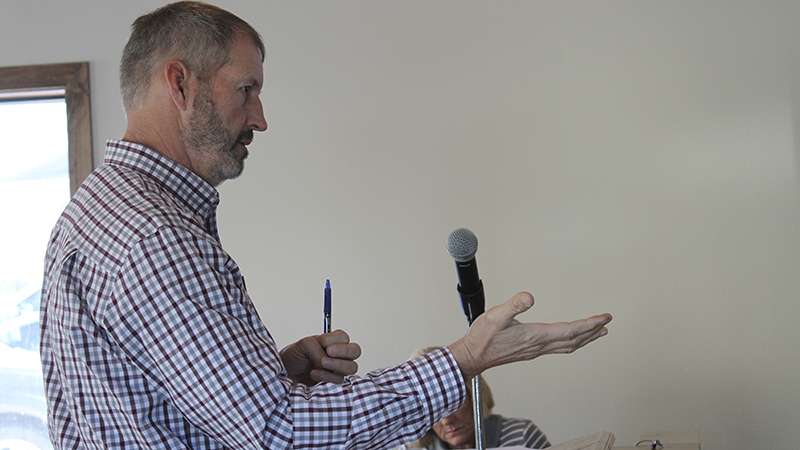 The weir on the Pearl River near Walkiah Bluff is in worse shape than expected and has suffered significant erosion within the last two years.

Les Dungan, of Dungan Engineering, updated the Pearl River County Board of Supervisors on the state of the weir during Monday’s meeting. The structure is yielding when it is supposed to be straight and layers of rock and dirt have been worn away, leaving some of the sheet pile wall visible, said Dungan.

If the structure on the Lower Pearl River is bypassed, all of the water will flow away from the East Pearl River and into the Bogue Chitto, Dungan said.

There is possible funding available for the necessary maintenance of the weir from the dissolution of the Pearl River Development District, according to previous coverage.

The biggest hurdle in repairing the structure in a timely manner is completing a revised memorandum of understanding agreement with other agencies to allow funds to repair the weir to be paid through Pearl River County.

Dungan also updated the Board on the state of bridge repairs in the county.

Three bridges are in the final design phase so they can be replaced: including those on Walkiah Bluff Road, McNeill McHenry Road and Troy Dedeaux Road, Dungan said.

In a separate matter, Code Enforcement Officer Kolby Davis updated the Board on county cleanup efforts. Davis has completed 19 cases for various cleanups over the year and has nine open cases, most of which are minor. In an average year, the county is able to complete 20 to 25 cleanups, Davis said, and he would like to see that number double. A challenge on cleanups is having property maintenance codes without zoning, which makes it difficult to enforce the property maintenance codes, Davis said.

Davis and the Board are planning to hold a workshop on code enforcement in January to come up with concrete solutions to clean up problems in the county, Davis said.

—Approved an order to allow the Sheriff to report emergency travel to the County Administrator for approval. The travel would then be ratified at the next Board meeting. County Administrator Adrain Lumpkin said the change will allow the Sheriff’s Department to send personnel to travel for investigations in a more timely manner. Normal travel requests would still be presented to the Board for approval.

—Approved a contract change order for the Courthouse Annex project that credits the county $58,000. The company that was going to supply ADA compliant lifts for the courthouse went out of business, so the county found cheaper manual lifts, Lumpkin said.

The Board will meet again on Thursday, Dec. 12 at 9 a.m. to discuss the Pearl River County Hospital and Nursing Home. The next regular Board meeting will be Wednesday Dec. 18 at 9 a.m.