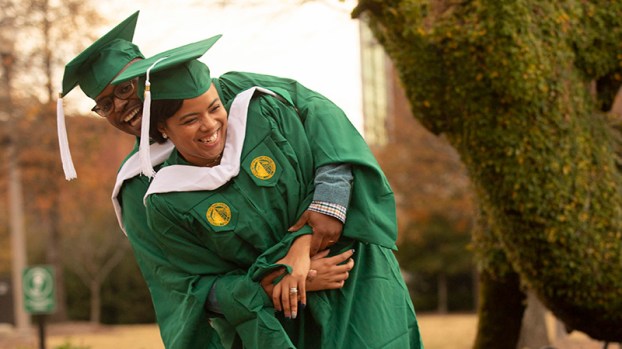 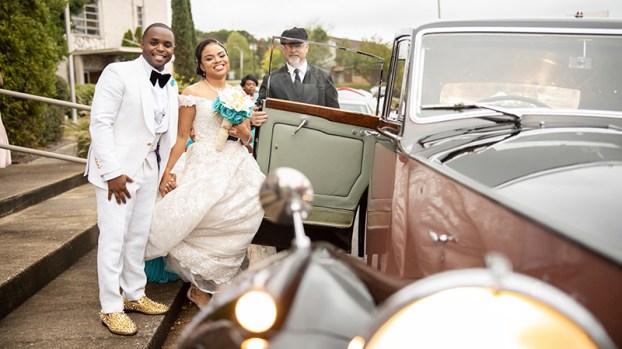 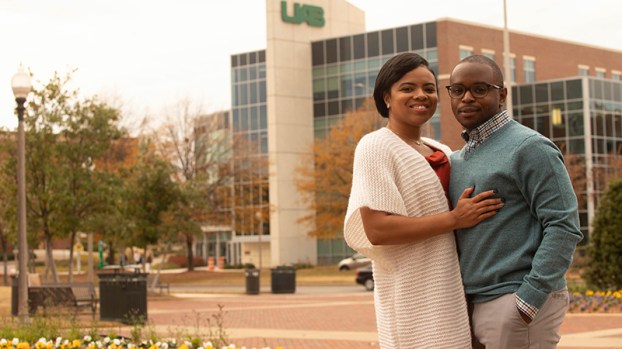 A Picayune native and his wife set a record as the first married couple to both graduate with masters degrees in Communication Management.

Shakima Knox-Wilson of Newbern, Ala. and Steven D. Wilson, of Picayune, share a passion for family and faith. Steven was born and raised in Picayune, until his family moved to Montgomery in 1998. They are the first married couple to graduate with masters degrees in Communication Management, Steven said. After tying the knot in October, the pair graduated together in December from the University of Alabama at Birmingham.

Their degrees focus on interpersonal relationships, including those in a corporate setting such as between managers and employees, Steven said.

After Shakima took her first two courses in the program, she realized the subjects would interest Steven, who had strong communication skills and a background in counseling.

Steven said he did not think he would be accepted into the masters program, but Shakima encouraged him.

“She was the backbone in getting us to that place,” Steven said.

The pair did not plan to set a record, they just wanted to graduate together. When their professors learned the two were a couple, they realized a married couple with masters degrees in the program might be a first, Steven said, and discovered that was the case.

The couple has a history of breaking records.

Shakima is an NCAA track and field champion. She ran for UAB and her team broke the record for the school in the four by 100 meter relay during her undergraduate years.

With parents who encouraged him to lead, Steven was one of the first black student council presidents at Picayune Junior High in 1998.

Despite moving away, Steven still loves Picayune and has family ties in the community. His mom taught at Nicholson Elementary School, he is still in touch with his church family at Rose of Sharon Church of God in Christ, and his grandmother and her sisters performed in the Norman Sisters singing group within churches across town.

Now that the two are graduates, they want to work together by starting a marriage counseling facility that can help parents with therapy and childcare, Shakima said. They want to help families with basic family living skills like budgeting, money management and computer skills, Steven said.

Couples who want to go into business together need to be truthful about how they feel, so one person is not making choices simply out of obligation, Shakima said.

“I just feel like they need to be on the same page with their business plans and make sure that they communicate everything they plan on doing together,” Shakima said.

Steven agreed with his wife, and added that pursuing degrees together is not just peaches and cream, and couples who study together can expect times of growth.

“You’re not going to have all the answers when you begin, and that’s the key—to grow together,” Steven said.