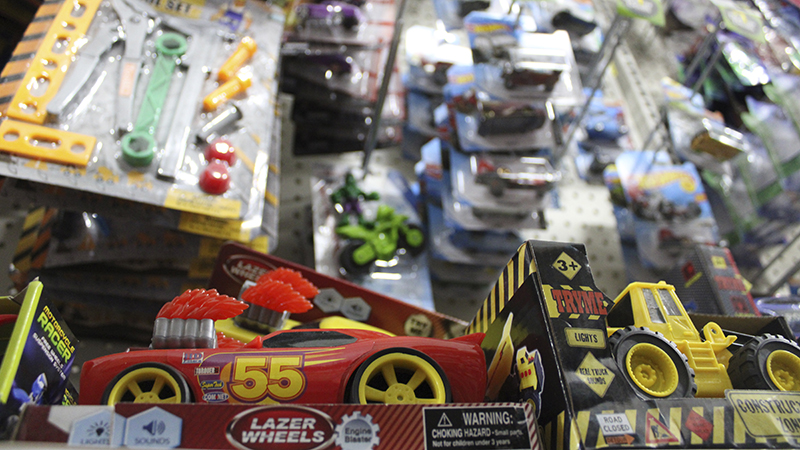 Gift of joy: Staff at elementary schools within the Poplarville School District are holding a toy drive to ensure less fortunate children in their area will have a Christmas filled with toys. Cathy Cook | Picayune Item

A project to make sure students in Poplarville schools receive presents during Christmas has expanded over the last decade.

During the month of November and the first week of December, students and parents can bring toys and donate money to the toy drive, then toys and clothing are given to parents who request help from the school. Along with the toy drive, teachers participate in a sock and underwear drive.

The program is primarily focused on elementary aged children, but also provides items to some middle school students.

“She was kind of the heart that got it all started,” Payne said.

The program has broad support throughout the school district and community organizations like churches have made donations to support the endeavor, Payne said. The operation has also had funding support from the PTO.

“We have some people on staff that benefited from a program like this in the past, and they know what it means,” Payne said. “It is a program that is near and dear to their hearts, because it has helped them out personally. When you’ve been in that situation, you know how much some of those little things can mean.”

Over the years, more people have requested help, as the economy has created situations where there are more people with needs, Payne said, but the donations have also grown to match those needs.

Anyone with questions about the program can email poplarvillechristmas4children@gmail.com.