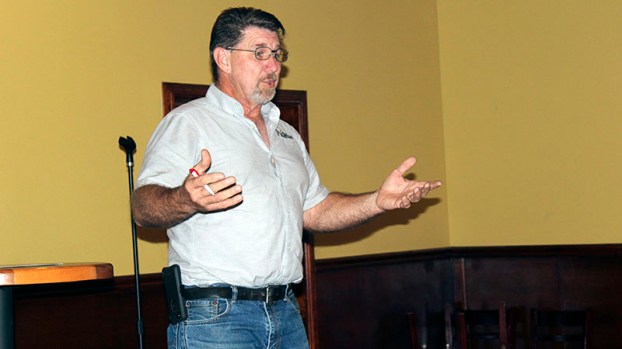 Morris emphasized the importance of collaboration in city government and said that most of the public works projects accomplished in 2019 were part of a collaboration with other city departments.

The department has been able to add two people to streets and drainage, Morris said.

Morris highlighted the paving of Jackson Landing Road, which was completed through a memorandum of understanding with the county. Due to the MOU, the city only had to pay for the asphalt to pave the section of that road that is within the city limits, Morris said.

Morris also highlighted the renewal of the city’s paving bonds, which will allow public works to perform crucial maintenance of streets damaged due to utility work and those streets not paved during previous paving bonds.

Over the course of 2019, public works has also added sections of sidewalk on Goodyear Boulevard, Main Street and at City Hall, Morris said. The city has added additional street lights, and when old street lights need to be replaced, the city upgrades them to LED bulbs, Morris said.

The Highway 11 utility relocation is almost complete, as is the new fire station at the end of Goodyear Boulevard, Morris said. Ground was broken on the 2,800 square foot fire station in May, according to previous coverage. Construction to widen Highway 11 will begin after the utility relocation is complete, according to previous coverage.

The Pearl River County SPCA is fundraising to pay the medical expenses for a stray dog that was hit by... read more