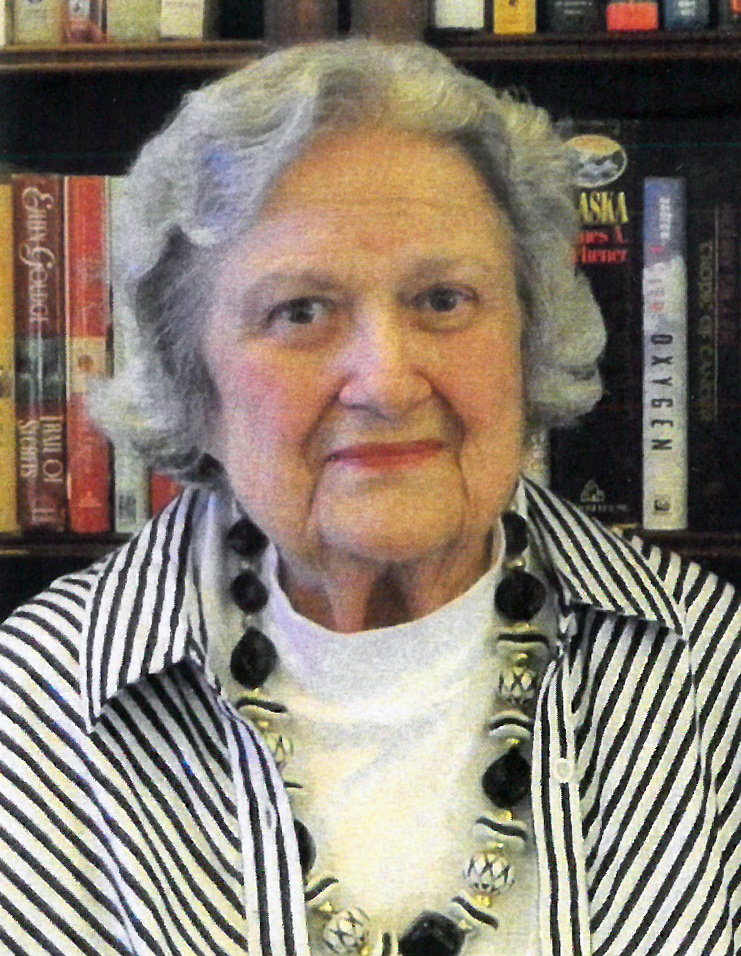 A 1943 graduate of John McDonogh High School in New Orleans, she went on to receive a Bachelor of Science in Medical Technology degree in 1946 from Loyola University, and was an active member of Beta Epsilon Upsilon and Theta Beta National Honor Societies.

In 1947 she married Joseph “Jay” Engelhardt of New Orleans and resided in Metairie, Louisiana until 1968 when she and Jay moved their family to Tchefuncta Estates in Covington, Louisiana.

While a resident there, Gloria was extremely active in local and state politics and completed 40 CEU hours as a lobbyist from Louisiana State University. Working alongside local and state elected officials, she was an environmental activist and member of several DEQ citizens’ groups. She served as the state environmental chairman of the American Association of University Women, member of Citizens Advisory Committee for the DEQ’s Municipal Solid Waste/Recycling Sub-Committee, spearheaded the Recycling Conference held in Covington in 1988, and was an active member of Pontchartrain Area Recycling Council (PARC).

She also worked tirelessly with elected state legislators to enact legislation which allows commissioners to ask for signature identification at polling places (R.S. 18:562 – D-2), for government entities to include the need for prior disclosure of pre-payment penalties with assessments (R.S. 33:3302), and was instrumental in the passage of the 1989 Wetlands Trust Fund-Constitutional Amendment #2. She was a member of Alliance for Good Government, League of Women Voters, and Women for a Better Louisiana.

She was a proud member of the Daughters of the American Revolution since 1978 and spent many years researching and documenting her family history and genealogy to share with her extended family.

While serving as vice-president of the Louisiana Garden Club Federation, through the National Council of State Garden Clubs, Gloria chaired the Louisiana landscape design study course for the Landscape Design Critics Council, of which she was a member, and coordinated landscape design courses offered to the public and taught by faculty of LSU Baton Rouge – School of Landscape Architecture.  She worked with the Tammany Tree Alliance drafting St. Tammany rules and regulations for the landscaping portions of construction permits.

One of her most beloved projects was working with the St. Tammany Historical Society as museum site chairman in the successful acquisition of the “Otis House” located in Fairview State Park in Madisonville, Louisiana as an historical museum and commemorative area through a Cooperative Endeavor Agreement with the Office of State Parks.

In 1995, she and Jay moved to Hide-A-Way Lake in Carriere, Mississippi, where she became an active member of the Picayune Garden Club and served a four year term as its president. Through her leadership, the club expanded its relationship with the Crosby Arboretum and was granted a lifetime membership for its members to the Arboretum.

During this time she was presented the National Council of State Garden Club’s top award for radio interviews. Entitled “Sharing Gardening Knowledge with the Community,” the interview also received the first place award of the Mississippi Garden Club Federation.

Gloria was proud to have been invited to consult with the scientists and engineers at NASA’s Stennis Space Center in the development and care of their hydroponic plant growth system for the International Space Station.

Upon the passing of her husband in 2010, Gloria resided at Summerfield Living Facility in Slidell, Louisiana until October of 2016 when she moved to St. Petersburg, Florida to be near to and enjoy time with two of her daughters. There, Gloria lived the Florida lifestyle: enjoying waterfront views from her residence at The Fountains of Boca Ciega Living Facility, visiting local botanical gardens, and studying the native Florida landscape. Following an illness in October 2019, Gloria was moved to Suncoast Hospice Center, where she spent her remaining days in peace and comfort under the gentle care of hospice staff and passed peacefully in her sleep.

She is preceded in death by her husband, Joseph Clement Engelhardt; her parents, Andre Trawick and Corinne Mary Blanchard; her brother, Andre Trawick, Jr.; and numerous beloved cousins, aunts and uncles from both the Blanchard and Trawick families throughout the New Orleans and Mississippi Gulf Coast areas.

Donations can be made in her honor to The Americas Wetland Foundation https://alma.app/charities/300192739-americas-wetland-foundation or The Crosby Arboretum http://crosbyarboretum.msstate.edu/

Share a memory on the tribute wall at www.ejfieldingfh.com.