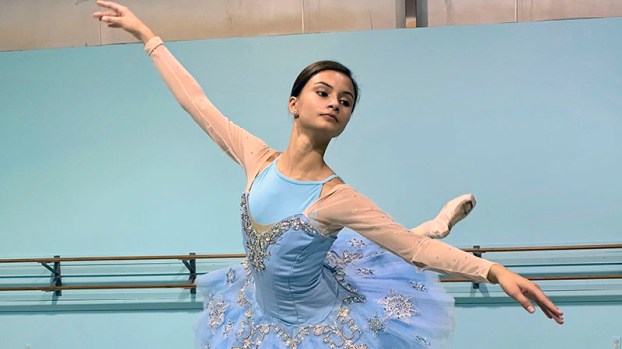 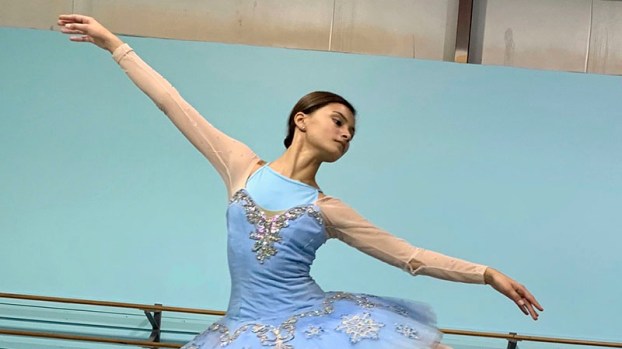 Solo: In her role as snow queen, Elise will get to perform a solo dance. Earning solos makes her feel like her dancing is improving, Elise said. Submitted photo. 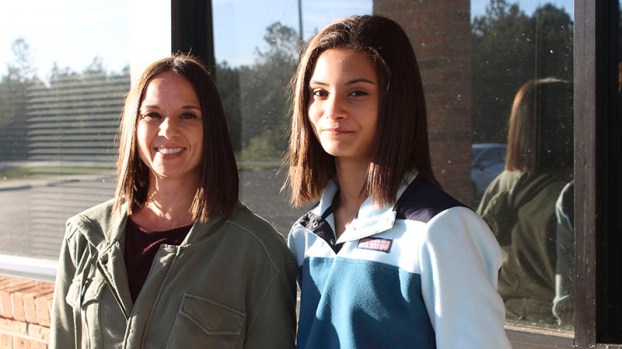 Roadtrip: Cathy Duhon and Elise Duhon spend hours on the road together each week to travel to Hattiesburg for Elise’s ballet rehearsals.Cathy Cook | Picayune Item

Elise Duhon spends up to 14 hours a week in her mom’s car, equating to 60,000 miles over the past year on the road. She does this because Elise and her mother Cathy Duhon drive from Picayune to Hattiesburg five to seven times a week so Elise can practice her ballet skills.

Elise is a dedicated ballet dancer, and Hattiesburg is home to the dance studio where she trains, South Mississippi Ballet Theatre.

At 14-years-old, Elise is a little shy in conversation, but she becomes a different person on stage.

“She lights up and amazes everybody,” said Cathy Duhon.

Elise was a serious gymnast who competed at the state and national level. After suffering some gymnastics related injuries, she wanted a less dangerous sport.

While Elise took a ballet class at 4-years-old, she did not return to that form dance until she was 11. When Duhon came back to dancing, she progressed quickly and moved from dancing in ballet flats to en pointe after six months. The strength Elise built as a gymnast allowed her to move to pointe shoes faster, Cathy said.

“So many people think ballet is just a dance. It’s a sport,” Cathy Duhon said.

Spending so much time in the rehearsals and driving is definitely tiring, Elise said. Five or six days a week, she eats dinner in the car en route to rehearsals, and the hour drive is spent completing homework, napping, talking and bickering with her mom, Cathy said.

The hours of rehearsal have prepared Elise to take the stage as the Snow Queen in the Nutcracker this December. The costumes, a chance to perform in front of so many people and being on stage all give Elise a feeling she can’t quite describe.

The traditional Christmas ballet will feature professional guest dancers and include a cast that ranges in age and skill level, Cathy said.

The role of Snow Queen includes a solo dance and a dance duet, or pas de deux. Earning a solo dance in the show makes Elise feel like she’s improved as a dancer, she said. December’s performance will be Duhon’s fourth time performing in the Nutcracker, and it will be the studio’s 10th anniversary of the performance.

The Nutcracker performances put on by South Mississippi Ballet Theatre will be Dec. 7 at 7 p.m. and Dec. 8 at 2 p.m. at the Brownstone Center for the Arts on the Pearl River Community College campus in Poplarville. The studio will also offer the performance at the Mannon Performing Arts Center in Hattiesburg Dec. 13, 14 and 15. Ticket information for the Poplarville performance can be found at brownpapertickets.com.