Board of Supervisors will focus on economic development and paving 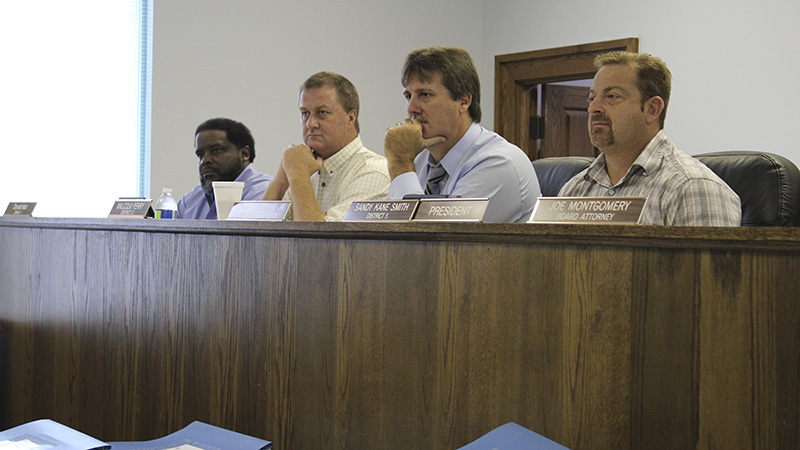 Four of the Pearl River County Supervisors were reelected in the November general election, while District IV Supervisor Farron Moeller will be leaving office and replaced by Jason Spence in January.

The Item spoke with the supervisors about their plans for their next terms in office. Economic development and paving county roads were top concerns for all of them.

District I Supervisor Donald Hart said his top priority in his next term will be community and economic and workforce development, he said. He plans to further workforce development by continuing to work with Pearl River Community College and making sure county department heads have the tools they need, he said.

Hart plans to further economic development by finding that director.

Repaving county roads will be a top priority during his next term, he said. Hart is also focused on completing the Community Center on Beech Street, which will also serve as a voting precinct for Southside District I. Concrete for that building was being poured as of Monday.

The best way for Hart’s constituents to reach him with their concerns is via his county cellphone at 601-347-9006.

District II Supervisor Malcolm Perry was reelected for his second full term. Perry was first elected to finish the last year of a term for a supervisor who passed away.

In his next term, Perry plans to finish the County Courthouse Annex in Poplarville, get all the offices moved into their new spaces and remodel and update the old courthouse.

Perry’s top priority in his next term will be repairing roads and economic development.

The biggest challenge facing his district is the county road system, Perry said. Perry plans to address that issue by continuing the work the Board is already doing. The Board has addressed repairing county roads by giving the road department the tools it needs and managing the money it has as efficiently as possible, he said.

The best way for Perry’s constituents to reach him with their concerns is via his county cellphone at 601-590-3104.

District III Supervisor and Board Vice-President Hudson Holliday said that for his third term he plans to focus on economic development in the county. Holliday said he wants to look for better ways to keep roads maintained and plans to continue working on litter issues.

Top priority in his next term will be supporting economic development, which he believes includes maintaining roads, keeping taxes low, cleaning up litter and ensuring quality healthcare is available in the county, Holliday said.

Holliday plans to address litter by discussing a systemized garbage collection program in the county with his fellow Board members. Holliday plans to support quality healthcare in the county by supporting expanding programs offered by the Pearl River County Hospital and Nursing Home, he said. Holliday also wants to find an executive director for the Economic Development Council.

The biggest challenge facing District III is the state of county roads, Holliday said. Holliday plans to address that by continuing to prioritize repairing roads with the heaviest traffic, those that are part of school bus routes and those in residential areas, he said. There are not enough tax dollars within the county to fix all of the roads that need repair, Holliday said, so the Board tries to be judicious about which roads to repair next. The Board has no intention to raise taxes, Holliday said.

Holliday also plans to get the Utility Authority to install waterlines in the Hillsdale area and he wants to fix the weir on the Pearl River.

The best way for Holliday’s constituents to contact him with their concerns is his county cellphone, 601-795-7466.

Jason Spence is the newest member of the Board of Supervisors and will take office in January 2020. He said he has never served in public office before.

Spence said he ran for office because he wanted an opportunity to help the current Board members grow Pearl River County.

Spence said he expects to learn from the other Board members and so far has signed up for two of the classes offered by the state to train him to be an effective Supervisor.

The biggest challenge facing District IV is the condition of the roads, Spence said, which he plans to address by pushing for economic development so the county will have more tax revenue to use for repairs and maintenance.

The best way for his constituent’s to reach him with their concerns will be his county phone, which has not been issued yet. The phone number will be available on the Pearl River County website in the Board of Supervisors section.

District V Supervisor and Board President Sandy Kane Smith said that during his fourth term in office, he plans to remain focused on improving county roads and bridges. His other objectives will be to address litter in the county and further economic development, he said.

Smith wants to find someone with experience in economic development to direct the Economic Development Council because having someone in Jackson who has a relationship with the Mississippi Development Authority will attract new industry to the county.

Smith’s top priority in his next term will be creating a site ready location for warehouse distribution in the county to attract new businesses to the county, he said. He plans to do that by pursuing BP funds. The Board has already submitted the project in the pursuit of BP funds, Smith said.

Smith also wants to fix the weir on the Pearl River by organizing a coalition with other officials in Mississippi and Louisiana.

The best way for Smith’s constituents to reach him is his county cellphone at 601-916-2317. If his constituents want him to address road or drainage issues, emailing sksmith@pearlrivercounty.net, will let Smith forward the information directly to the county’s road manager.

School board hears update on tutoring at middle school…