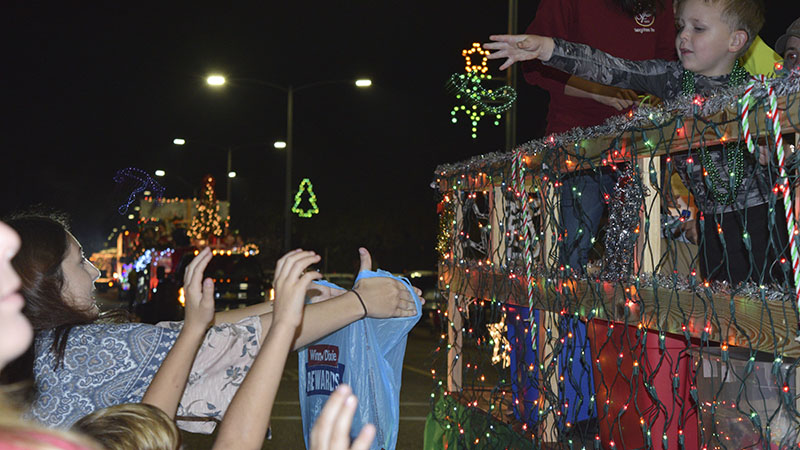 The parade will follow its traditional route, beginning at the corner of Kirkwood and Goodyear Boulevard before heading down Goodyear to Highway 11. From there the route will head down Main Street and back up West Canal, before ending at Crosby Commons.

The traditional holiday event has been held for over five decades and will include 85 to 90 entries, Meitzler said. The parade will feature two local high school bands, the NJROTC, City Council members, floats from local businesses, dance groups, horses, bicycle club and law enforcement. This year, the parade has even received entries from outside of the county, Meitzler said. The parade’s theme this year is Candyland Christmas.

The deadline for entries ended Sunday, but if the parade is not at capacity, late entries will still be accepted until Wednesday. Late entrants must pay a $20 late fee. Applications for entry can be dropped off at the Picayune Main Street office.