Allison will be first four-term sheriff in Pearl River County 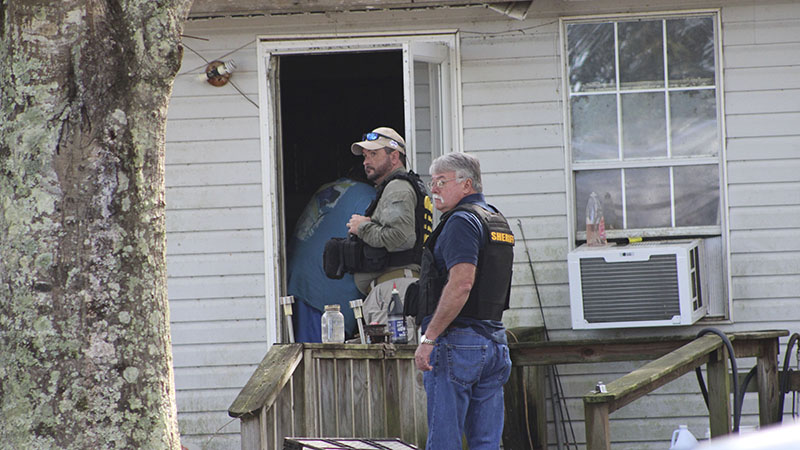 Pearl River County Sheriff David Allison will be the first four-term sheriff in the county after being re-elected in Tuesday’s general election.

“I’ve always been a believer that records are just set to be broken—so the record’s not that touching to me, but it’s an honor for them to put their faith in me to be able to serve four terms. I don’t take that lightly,” Allison said.

In his 12 years as sheriff, both the community’s expectation of law enforcement and the kind of crimes committed within the county have changed, he said.

“With the way the county’s grown, a lot of neighbors don’t know neighbors, so they’re not watching and policing their own communities like they did in the past,” Allison said.

Community members now expect more from their law enforcement agencies than in the past, Allison said, and the department is trying to respond to changes in the community. One of the ways they are doing that is by engaging in continuing education by attending additional training or classes. Attendance to those sessions includes the department’s management staff, including the sheriff, who all attend classes and conferences year round to ensure they are educated, Allison said.

Staying on top of drug crimes by being visible on patrol and proactively investigating suspicious vehicles will be a priority for Allison in his next term, he said. The major crime in the county is drug related, Allison said, and crimes like theft and break-ins are often related to drug use.

The biggest concerns Allison has regarding his department are the safety of deputies and the recruiting and retaining deputies and corrections officers.

The department has had some issues with deputies leaving the county for higher paying jobs in other areas, he said, but has been able to stay well staffed in corrections. The Board of Supervisors approved moving $100,000 from the county jail budget to the department’s administration budget in September, according to previous coverage. The jail was able to eliminate two staff positions this year, and the money saved will be used to give raises to sheriff department and county jail staff, according to previous coverage.

“What we really need in this county is industry to come in here to give a better tax base, so the county has more money to operate,” he said. “I think the Board of Supervisors does a good job managing the money that the county has, but we don’t have enough money to fund everybody.”

Allison’s next four-year term will begin on the first Monday in January.