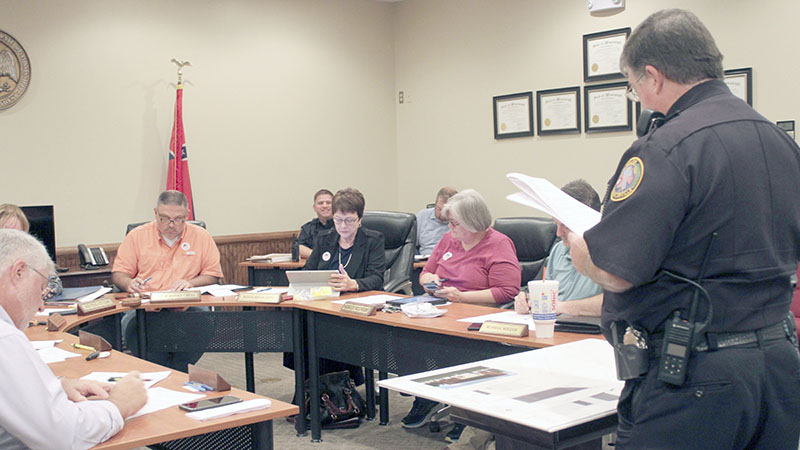 This story has been updated to clarify that Mayor Rossie Creel said the Board took the hiring of Chandler Richardson under advisement to investigate if he was the same individual who was dismissed from the Picayune Police Department only after being asked by the Item if the potential employee was the same man.

Officer Malik Lucas resigned effective Nov. 22 to accept a position with the Highway Patrol, said Mayor Rossie Creel. Officer Scotty Prine’s resignation was effective Oct. 17. No explanation was given for his resignation.

The Board entered executive session to review applications for a fire chief, discuss potential litigation and consider requests for officer promotions.

In a phone call Wednesday, Smith said she voted against the promotion because she does not trust the information being given to the Board about decisions to hire officers, and she is concerned about the number of people leaving the department.

“We’re trying to make the Board aware of everything as we hire the folks and we try to make the best decisions that we can in hiring individuals,” Hartley said, in response to Smith’s comments.

The Board took a request to authorize promoting part time officer Chandler Richardson to a full time officer position under advisement. When asked by the Item if Richardson is the same Chandler Richardson who was dismissed from the Picayune Police Department in June of 2017 for an alleged incident involving simple assault and a hit and run accident, Creel said the Board took the decision under advisement because they are not sure he is the same Richardson.

Richardson was hired as a part time officer in July.

In a phone call Wednesday, Hartley confirmed that Richardson was dismissed from the Picayune Police Department in 2017, but there had been confusion surrounding that incident because Richardson’s twin brother had been involved in a separate case. Hartley said the mayor was asked to investigate the situation, but Hartley said he is not privy to what was discussed in executive session Tuesday and as a general rule cannot comment on personnel issues.

Hartley confirmed one unnamed officer is still completing a 120 hour suspension without pay for an undisclosed reason, which the Board approved on Oct. 23.

—Authorized the purchase of a street sweeper, a Johnston Sweeper VT651-DS, for $167,880 from Vacuum Sales and Service, in Jackson. The Board also accepted a quote from Hancock Whitney for financing the purchase with a loan with a 3.47 percent interest rate and $3,051 monthly payments.

—Declared some of the Poplarville Fire Department’s turnout gear as surplus so it can be disposed of.

—Declared old fire department radios and radio equipment as surplus so they can be traded in to offset the cost of new radios.