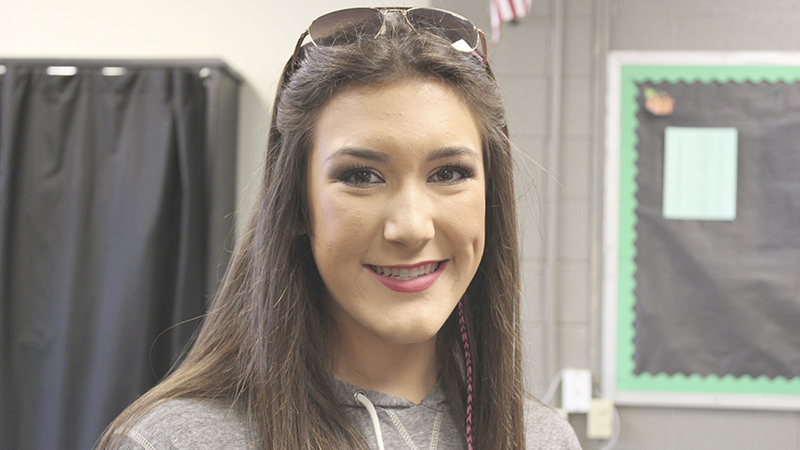 The Council will provide a diverse group of student perspectives to Dr. Carey Wright, state superintendent of education, according to a press release from the Mississippi Department of Education. According to the release, 83 students from across the state were chosen to serve two years on the Council. The students are in grades 11 or 12 or their first year of college.

Poplarville High School student Kat Adcox is the only high school student in Pearl River County who was chosen.

“I think we have a pretty great school district but there is always room for improvement,” Adcox said.

Adcox applied for the Council two months ago. The application process included writing about why she wanted to serve on the Council. After being selected, Adcox has been speaking with the students in her classes to see what concerns they want shared and researching online to prepare for the Council’s first meeting. The Council will meet once in the fall and again in the spring, the release states.

Adcox said she would like to discuss assistance for dyslexic students in schools with the Council. Adcox was expected to struggle in school because of her dyslexia, but early intervention with a speech therapy program meant she has been able to navigate schoolwork easily, she said. When she was beginning school, there was not a dyslexia therapist in the Poplarville School District, she said.

Adcox said she wants public schools to recognize and help younger kids with dyslexia so that they have an easier high school career.

Adcox is excited to learn about concerns in other Mississippi schools, and hopes her peers will share what they want implemented in the schools, so that she can give the Council better advice.

Pearl River Community College student Destiney Fountain will also serve on the Council. Fountain is a 16-year-old dual enrollment student pursuing an associate’s degree in art from PRCC while she completes her high school education at Hattiesburg High School.

“I want to implement change, and I know being on the Council my ideas can go to the superintendent for something positive,” Fountain said.

Fountain would like to see more college planning in Mississippi schools and more opportunities for dual enrollment, she said. Like Adcox, Fountain is researching ideas to bring to the first Council meeting and speaking with her peers.

The second PRCC student Grace Cuevas could not be reached for comment by press time.