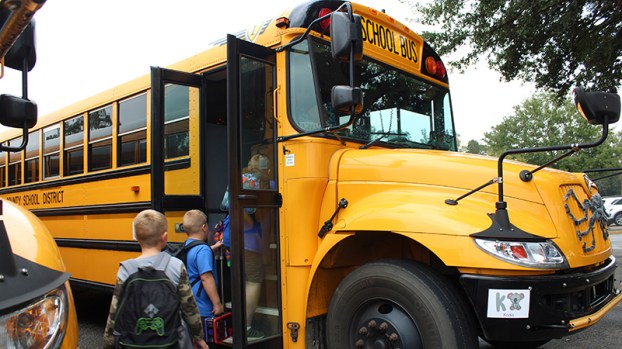 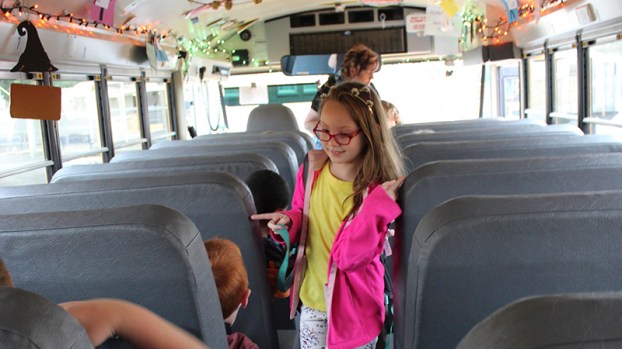 From Oct. 21 to Oct. 25 National School Bus Safety Week reminds drivers to keep an eye out for buses.

“We’ve still got a public that doesn’t view buses as having our most precious cargo,” Beech said.

The biggest safety concern for buses is motorists who pass stopped or slowing buses, Beech said.

“When a child gets hurt from a school bus, it’s usually because they’re in that danger zone, within 10 feet of the bus, getting on or off,” Beech said.

Nathan’s Law makes it easier for districts to hold driver’s accountable, Beech said. The Mississippi law was passed in 2011 after 5-year-old Nathan Key was killed by a hit and run driver when he was getting off his school bus in northern Mississippi. According to a press release from the Mississippi Association of School Superintendents, one Mississippi child was killed in a school bus related incident in 2018. Dalen Thomas, a 9-year-old student in Lee County, was hit by a pickup truck on Oct. 31 as he boarded his school bus, the release states.

If no children are injured, the fine for passing a stopped school bus can be up to $700; but can be a minimum of $350 for a first offense.

On a two-lane road, vehicles in both lanes must stop if the bus is unloading children, said Sheriff David Allison. On a four lane road with a median, drivers in the lanes opposite the bus do not have to stop, Allison said, but vehicles behind a bus always need to stop.

“To the citizens in vehicles or commercial vehicles, if you see a school bus, pay attention and slow down and of course always stop if the bus is stopped letting children off,” Allison said.

School buses are safer than passenger vehicles, said Beech, and include many additional safety measures, like side panels that are reinforced every two feet.

Bus drivers are trained in first aid and CPR, and are subject to random drug and alcohol testing, Beech said.

Bus driver Jane Leaming said the biggest safety concern on her route is when cars pass her on Ceasar Road in the early morning hours when it is still dark.

Leaming has worked with parents to establish a drop-off point for multiple kids farther along the route, so that she is able to pick them up when there is some sunlight.