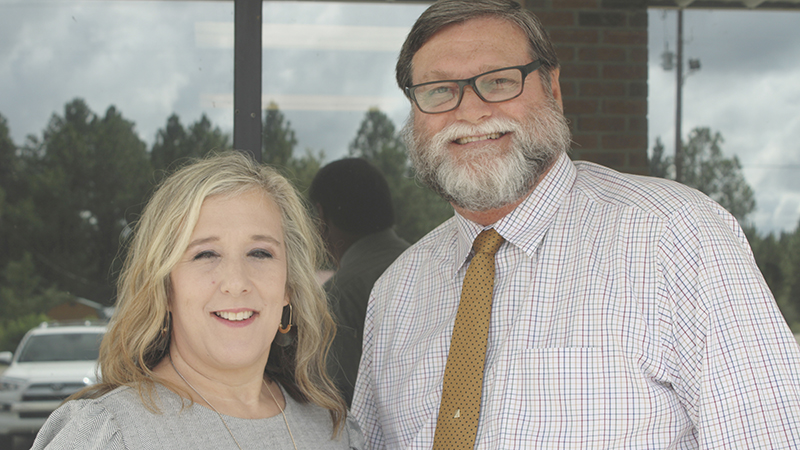 Poplarville School District will be getting a new superintendent in January.

The Poplarville School Board of Trustees accepted current Superintendent Carl Merritt’s resignation at their Board meeting held Monday evening. The Board appointed Assistant Superintendent Konya Miller as the new superintendent, effective January 1, 2020.

After 42 years working in public education, the last 12 of which he worked as superintendent, Merritt said he is ready to retire and pursue new things. Merritt’s contract ends at the end of 2019, and his last working day will be Dec. 20.

“The district left great hands and is being passed into great hands,” said Board President Tommy Strahan.

“Both of us are student centered,” Merritt said. “Both of us will turn ourselves inside out to do anything we can for our kids and consequently, so will our staff.”

Miller has worked in the Poplarville School District for 24 years. She began as a fourth grade teacher, then moved on to teach second grade, before becoming an instructional coach at Poplarville Upper Elementary.

In her work as an instructional coach, Miller analyzed data and worked with federal programs to improve student outcomes. In the 2013 to 2014 school year, Miller worked as assistant principal at the Poplarville High School. Then she became assistant superintendent.

Miller said she is excited for the opportunity to create her vision for the District.

“Mr. Merritt’s been a good partner and allowed me to suggest things and run with it, and I want to see how far I can take my ideas in the District,” Miller said.

Merritt said Miller has “tremendous vision” and described her as a “veteran administrator.”

“She’s going in this very well prepared for this position,” Merritt said.

Miller said the biggest challenge she foresees in her role as superintendent will be finding the best ways to support families and students as the world changes, which means addressing needs for dual enrollment, workforce development and parent and community engagement.

Merritt said he knows Miller will continue to improve the school system’s infrastructure. Updating school buildings to ensure learning environments would be well lit, well-heated and well-cooled was a focus of Merritt’s over the last 10 years.

Merritt said he still remembers his first day as an educator in 1978. He taught students about the skeletal system in his biology classroom in Forrest County.

“What an honor to be able to watch a kindergarten kid go all the way to be in 12th grade,” Merritt said. “That’s a magical journey that I wish every person could watch.”

After his retirement, Merritt will remain in Poplarville and support Miller and the District however he can, he said.

Miller said she will be sharing her vision for the District’s future with the Board at the next working session.