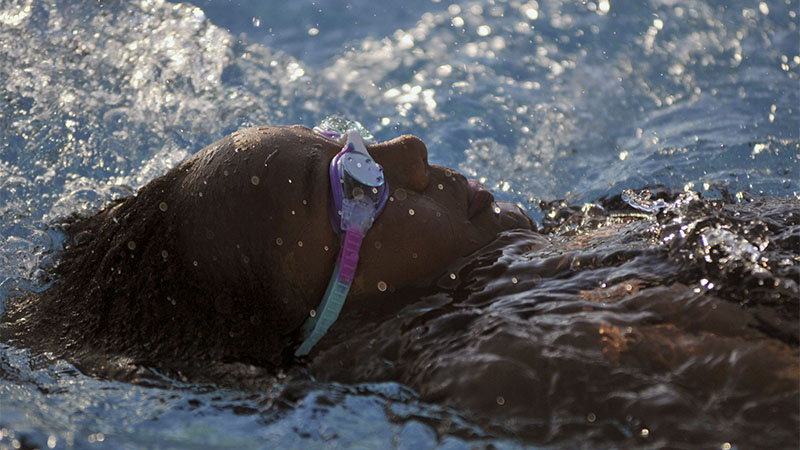 The final meet of the season for the Maroon Tide swim team took place Tuesday against the PRC Blue Devils.

It was the last chance for some swimmers to try and qualify for a south state time, but for the most part the meet was just meant to be a fun way to end the season.

Because there were only two teams, and Picayune’s squad only has 15 swimmers, the meet moved at a rapid pace.

Head Coach Rachael Rutherford said she was proud of her swimmers being where they were supposed to, even with the increased tempo of the meet.

“I was more excited about the fact that the meet went so fast, and all of our swimmers got up on the block at the right time. They understand the flow of meets now,” Rutherford said.

Practices will take on a new intensity for the swimmers as they prepare for the south state meet, which will take place in Laurel, Miss. on Oct. 19.

“We really honed in on consistency of timing, so that their endurance would last through the end parts of their swim,” Rutherford said.

The squad is made up of athletes ranging from seventh graders to seniors in high school.

Rutherford said the large age range could sometimes make coaching difficult, but that it’ll be an exciting experience to take a mixture of both inexperienced, and veteran swimmers to a big meet.

One negative development for the team has been the transition into a new nine week period at the school.

Previously, the athletes had swimming as a class, and because of that they would have more time to practice in the mornings.

However, with a new nine week period came new classes and varied schedules, meaning the swimmers no longer have the extra time to practice before school.

The practice time may affect the swimmers, but it won’t change how Rutherford goes about choosing which swimmers will be competing in certain events.

“I have to look at placement overall and age. I also want to talk to them and see what (event) they’re most confident swimming,” Rutherford said.

This was Rutherford’s first season coaching the program, and she said her athletes exceeded her expectations not only with their performances, but also with their intensity in the pool.

“I was very pleasantly surprised of the dedication and the energy behind the team. The fact that they all stepped up and said ‘We’re doing this’, I was just blown away,” Rutherford said.

The inherent ability of the athletes was also a surprise to Rutherford with some first time swimmers qualifying for south state.

South state will be a new experience for Rutherford’s athletes because of its size.

There will be 18 teams with a large number of swimmers competing for a limited number of spots in the state meet.

The fastest six of each event, plus the next fastest four outside the top six, are the athletes who will advance to state.

While Rutherford would love for some of her swimmers to make it to state, she said she wants the meet to be more of a learning experience for her team.

“Stepping up and being an avid swimmer, feeling confident that I’m supposed to be there and earned that spot. That’s really what I want from them,” Rutherford said.