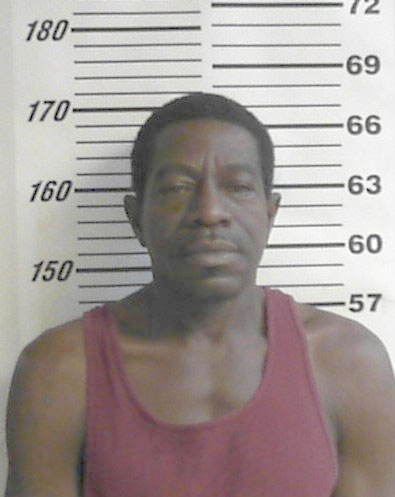 The Picayune Police Department arrested 51-year-old Timothy Derrek McGowan for his alleged involvement in a drive by shooting that occurred on Oct. 18.

Upon the their arrival, three individuals flagged officers down and identified themselves as witnesses to the drive by shooting.

Witnesses stated that McGowan pulled up in the driveway at 608 West Street. McGowan then appeared to be leaving when he stopped his car abruptly at intersection of Bender Street and West Street, exited his vehicle, removed a handgun from trunk of his car and began firing in their direction.

Officers were able to determine that McGowan struck the residence and a vehicle multiple times. Investigation into the incident determined the shooting stemmed from an altercation earlier in the day between McGowan and an unidentified individual at a convenience store located on Jackson Landing Road, Moeller said.

Officers were able to take McGowan into custody at his address at 110 Villa Lane outside the city limits of Picayune. He was taken into custody and transported to the Criminal Justice Center for questioning related to the shooting, Moeller said.

McGowan was later arrested with two counts of possession of a weapon by a convicted felon and shooting into an occupied dwelling. No one was injured in the shooting, but there was substantial property damage, Moeller said.

This is the first drive by shooting incident reported to the department in months, Moeller said, which he credits to the increased police presence over the summer months and the additional street crimes unit that was in operation during June and July.

“Normally this time of year we would be dealing with these types of incidents a lot more frequently,” Moeller said.

There were 56 shooting related incidents from January to late-April this year, Moeller said. Crime rates in the city decreased 95 percent over the summer months.