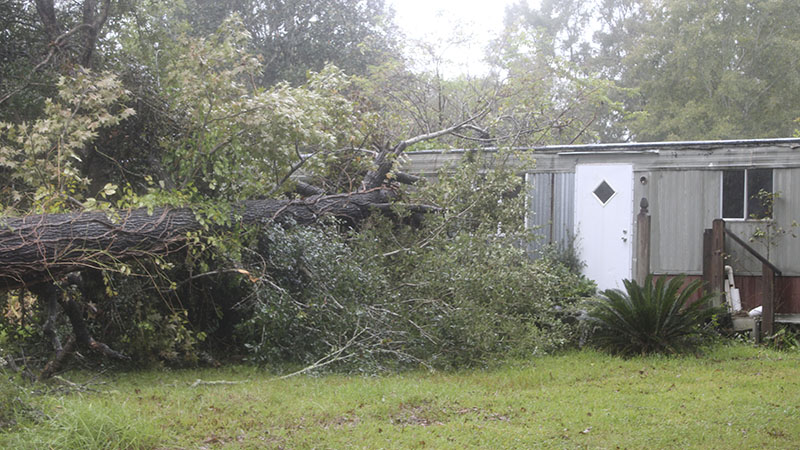 Emergency responders across the county responded to 50 calls for downed trees, four power lines down and four road hazards due a storm that passed through the county late Friday and early Saturday.

Road hazards are items other than trees, like trashcans, swing sets or trampolines. There were downed trees on Interstate 59, highways and back roads across the county, including three downed trees on Savannah Millard Road and three on Highway 11, said Emergency Operations Manager Danny Manley.

There were a few brief water outages and 33 percent of the county lost power during the storm, Manley said.

No one reported damage to homes to Emergency Operations, Manley said, and to his knowledge no one was displaced from their home due to the storm, which is unusual for a storm with that severity.

Emergency services did not have to make any rescues during the storm.

“That’s why we make preparations, and try to keep trees away from our houses, and clear right of ways and roadways—so that when storms like this happen we don’t have injuries or major damage,” Manley said.

The Crosby Arboretum announced an unexpected closure Sunday morning from 9 a.m. to 1 p.m. to clean up after the windy weather, but reopened Sunday afternoon.