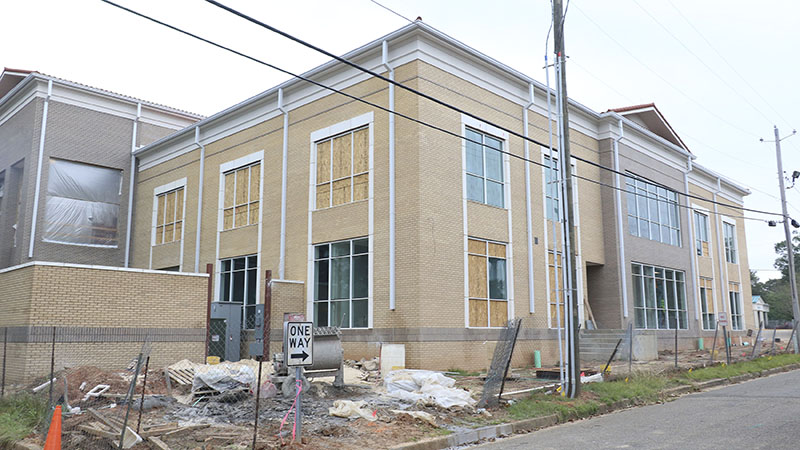 Construction of the Pearl River County Courthouse North Annex is expected to be complete between mid-December and the beginning of January.

When ground was broken on the building in September 2018, it was expected to be complete by Nov. 1, 2019. Some of the construction delays are due to weather, said County Administrator Adrain Lumpkin.

As of October, the county has paid contractor Hanco Corporation $5.2 million of the total $7.2 million contract.

Planning for the project began in 2008, Lumpkin said, and construction began in 2018. The original project proposed two annex buildings, one on each side of the historic county courthouse, totaling 60,000 additional square feet, Lumpkin said. Before construction began, the scope of the project was reduced to one annex building for an additional 40,000 square feet. The decision to build one annex instead of two was made due to cost, Lumpkin said.

The annex is intended to consolidate all county government services in Poplarville into two buildings instead of multiple buildings, Lumpkin said. He added that many of the buildings county offices currently occupy are in poor shape.

The offices of Chancery Clerk, Tax Assessor, E911 permitting, district attorney and the IT department will be moved to the new annex building when it is complete. The annex also has two courtrooms, one for county and circuit court and one for chancery court, Lumpkin said.