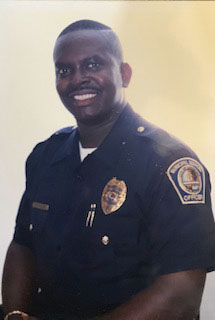 Pastor Harvey Bernard will officiate at the service.  Interment will be in the Southeast Louisiana Veterans Cemetery in Slidell, LA with military honors.

A native of the village of Tangipahoa, LA, Woodrow resided in Los Angeles, CA for the past 41 years. He was a graduate of Kentwood High School in Kentwood, LA, class of 1978. He served in the United States Marine Corps and Army National Guard. He was code enforcement manager for the city of Inglewood, CA, court adjudicator/hearing office for the City of Inglewood, CA, and a member of the American Legion of Los Angeles, CA. He was a baptized member of True Vine Miracle Temple Baptist Church in Los Angeles, CA under the leadership of the late Bishop W. W. Victor.