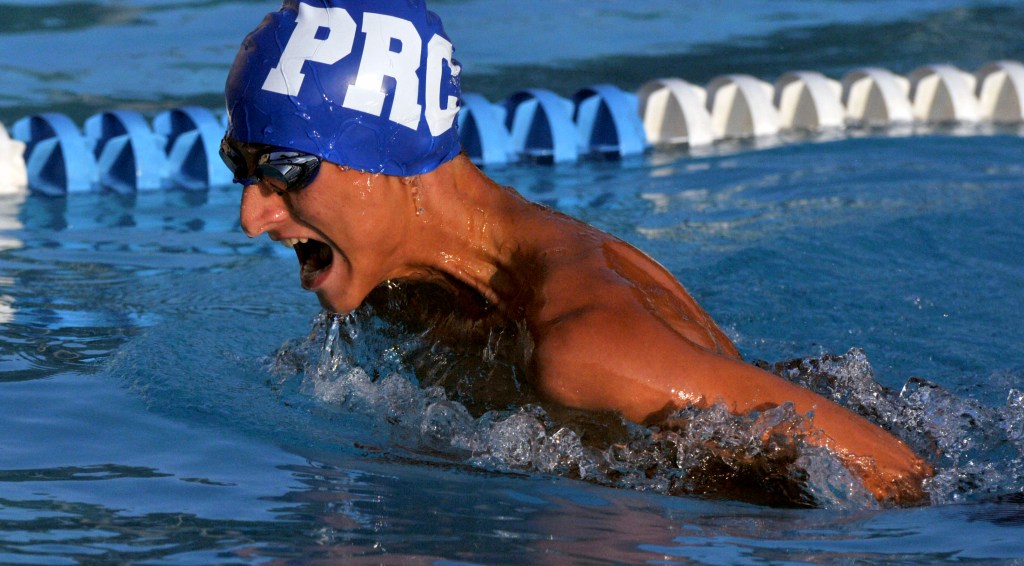 The showdown resulted in the Blue Devils earning a commanding victory.

Head Coach Blake Rutherford wasn’t thrilled with how his swimmers performed in the previous meet, which took place on Saturday.

When the team came back to practice on Monday, Rutherford said his squad met to hone in on the importance of mental focus during meets.

“We got a little complacent, and it just seemed like we forgot how to swim in a meet,” Rutherford said.

That wasn’t the case against Long Beach as PRC outmatched their opponent with multiple swimmers having standout performances.

Freshman Caydon Castrellon stepped up and competed in the 100-yard fly when Rutherford asked him to, and sophomore Caden Moore qualified for the south state meet in the 500-yard freestyle.

On the girls side Rutherford said sophomore Anna Grace Atwood was key in filling in for an injured swimmer during a relay.

Meanwhile 8th grader Sarah Greco and senior Phoenix Long filled out the roster for the 500-yard freestyle in order to earn as many points as possible for the team.

Rutherford always wants his swimmers to support whoever is in the pool, whether it be friend or foe.

However, he said in the last meet the intensity was missing, but his team picked it up against Long Beach.

“I wasn’t even looking at the clock. I wanted to see them come together as a team, and cheer each other on. I think that was the energy that we needed,” Rutherford said.

Rutherford said he wants the selflessness of the team to be consistent, and that’s the kind of culture he wants his squad to have.

There’s an 11-day layover between meets, and Rutherford will use the practice time to help his swimmers specialize in specific strokes.

Early in the season, Rutherford will have his swimmers compete in as many events as possible to see what their strengths and weaknesses are.

Now that the team is halfway through the season he knows what swimmers are good at each stroke, and will use the upcoming workouts to perfect their technique.

The next meet will take place in Biloxi, Miss. and will have a variety of teams present. There are high expectations within the team to do well at the meet, and Rutherford wants to come out on top. “I think there’s a real shot if we put everything together. With all the training we’ve been putting in I feel like we’ll be able to compete for a trophy,” Rutherford said.