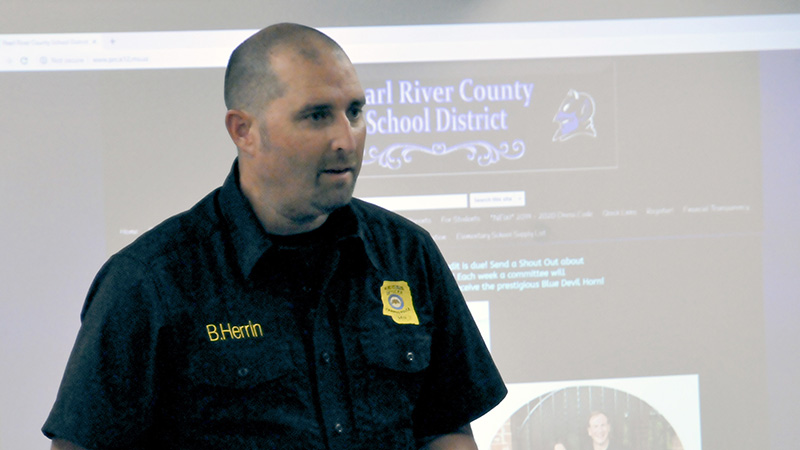 The Pearl River School District’s Board of Trustees heard about the District’s cyber security and discussed their opinions on several hypothetical Legislative laws during Thursday’s meeting.

Threat assessment officers have been posted at each of the campuses within the district, and Herrin said they will continue to conduct inspections to keep the students safe.

Next came a presentation from Board President Elaine Voss in which she discussed some of the findings from a recent cyber security conference in Jackson, Mississippi that the Board attended.

A main point of the presentation was a discussion on the type of cyber attacks schools have to deal with, and what processes are in place to protect the District’s data.

Both Voss and Board member Jerry Frazier said that at first there was some trepidation amongst the Board if the correct systems were in place.

However, both were pleasantly surprised to find the District has an IT department focused on protecting the District’s data, and that there were defenses set in place if a cyber attack were to occur.

“I was pleased that all things we talked about were actually covered,” Frazier said.

“The commitment of the schools and the board is impressive.”

Board member Christian Burge also shared her takeaways from the conference, saying she was satisfied with the District’s policies when it comes to student safety.

“The schools are doing a good job of taking care of the kids and protecting them,” Burge said.

“I feel confident that we’re doing everything we can to take care of our kids.”

Following the conversation about cyber security was a short presentation from Warren Bowen, Executive Director of Triage Facility Consultants, who is helping facilitate and lead the construction projects on each campus.

The presentation included photos of the sites before construction began, and how the project is progressing now that work has been taking place at the sites.

The Board then passed two bond applications, and moved into the approval of personnel changes occurring at each of the schools.

Following those decisions came the 2020 School Board Legislative Survey in which the Board members discussed a number of questions.

The first few questions focused on the increase in teacher pay, and incentives given to teachers to encourage their continued roles in education.

The Board unanimously supported both ideas.

The following question concerned whether the Board would approve of legislation allowing school employees with proper training to carry guns on school grounds. All members of the Board said they supported the hypothetical legislation, except for Frazier.

What followed was a plethora of questions ranging from board member election laws to changing the funding formula for schools with all of the Board members voting on each question.