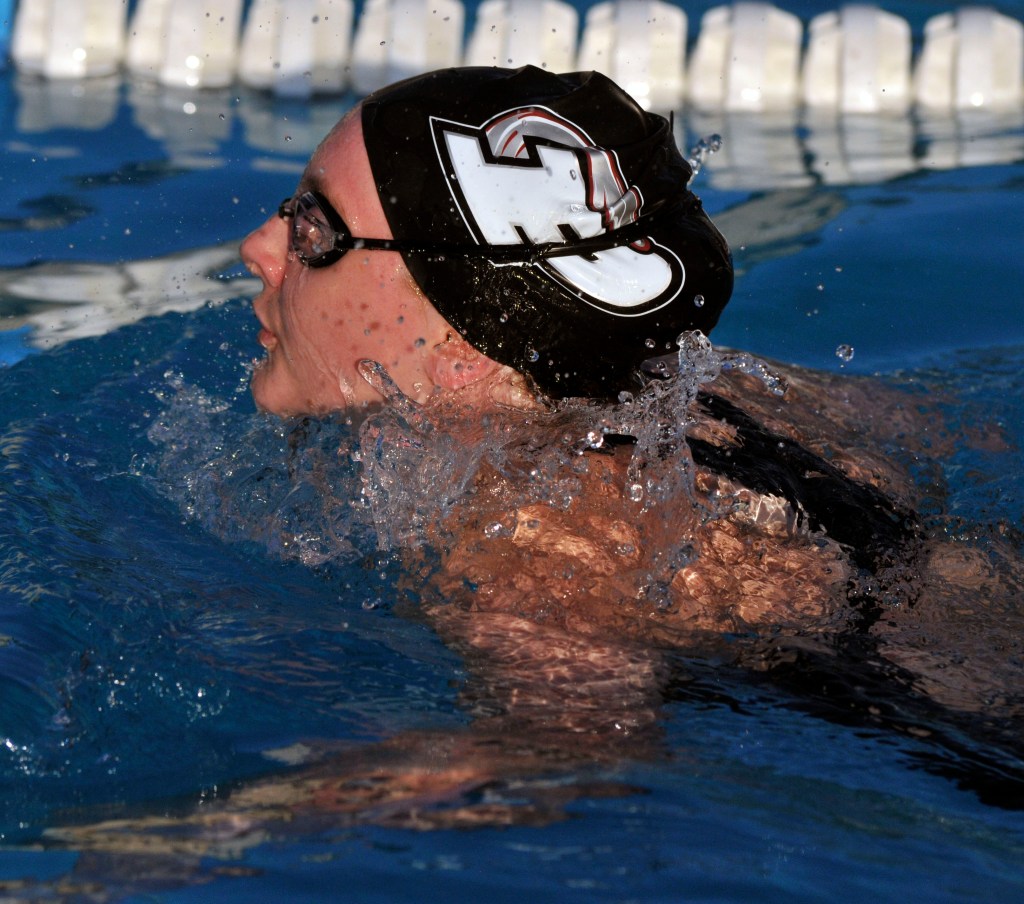 Jonathan Mitchell | Picayune Item New personal best: Sophomore Lily Ginn competed in the 200-yard individual medley, and shaved three seconds off the time she had in the previous meet.

The Maroon Tide took to the pool during their meet against Pass Christian on Tuesday.

Picayune’s swimmers were coming off a long break, and the extra practice time was spent working on conditioning.

All the extra work paid off with the swimmers performing well against the Pirates.

Rutherford said Burge had been asking to compete in the 500-yard freestyle for weeks, and against Pass Christian he was granted his wish.

“He killed it. Ryder was going against PRC swimmers, and what’s crazy about that is they have some good long distance swimmers. He’s only in 8th grade and he got first in that heat,” Rutherford said.

The swimmers have been striving to qualify for the south state meet, but to do that they have to finish under a certain time.

Rutherford said that at this point in the season she’s going to have her swimmers focus on bettering themselves and taking responsibility for their performances in the water.

“My goal is to push them, and have them focus on giving their all and being a competitor,” Rutherford said.

Rutherford is also using outside sources to help contribute to the team’s success.

The team will have a clinic this upcoming week where Blake Rutherford, Head Coach of PRC’s swim team, will host the team and teach them some of the more intricate aspects of certain techniques.

Rutherford has also reached out to Kristi Mitchell, the high school’s softball coach, to attend a practice in order to give the athletes a motivational speech.

“She’s coming to give them a pep talk because my goal is to have intensity when they’re getting in the water,” Rutherford said. The contest against Pass Christian was a dual meet, meaning there were four teams present, but only two were competing against each other with Pass Christian being Picayune’s opponent. This means that there were certain events in which there were an odd number of swimmers, leaving a swimmer to have to do a race on their own.

That’s why Rutherford is having her athletes focus on competing with themselves to get a better time instead of keeping up with other swimmers. There may be a meet where an athlete has to compete by themselves, but they still need to give it their all.  “Now that they know how to swim, we have to race and learn that even though we’re in the pool we’ll need to swim against an imaginary time to get faster,” Rutherford said. Rutherford also wants her swimmers to take pride in their performance in the pool.

To do that she’s teaching her athletes how to rate their own performance, and take responsibility for the way they swam. “I’m really looking for them to give me the intensity of getting out of the water and knowing they swam well. I want them to take ownership of their own swim, be proud of it and know they’ve done their best,” Rutherford said.