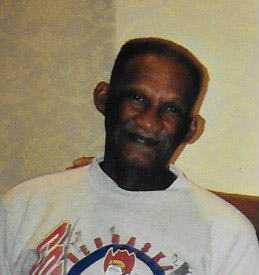 Joe N. Rogers was born on June 28, 1940 in Slidell, LA to the late Elijah Rogers, Sr.  and Robertha Jourdan Rogers.  He attended Alton Elementary and then St. Tammany Public Schools.

Joe accepted Christ at an early age and joined Salvation Baptist Church. He was baptized by the late Rev. Thomas in St. Joe.  He worked as a brick layer/brick mason for St. Joe Brick Work for many years until his retirement.  Joe relocated to New Orleans for several years but later relocated back to St. Joe.  He made a final move to Picayune, MS, where he remained until he expired.  In Picayune, Joe joined St. Matthews Baptist Church under the leadership of Rev. Dr. Michael Kelley, where he was a faithful member.

Joe ended his earthly life and started his heavenly journey on Monday, September 2, 2019 in Slidell, LA.  He is preceded in death by his parents, Elijah, Sr. and Robertha Rogers; three brothers, Herman, Michael, and Elijah, Jr.; and one grandson, James McKinley Rogers.

He leaves to cherish his loving memories: one daughter, Lottie Rogers, of Houston, TX; one son, Herman Rogers, of Gulfport, MS; one brother, Willie Rogers, of Alton; six grandchildren, Dominique, Nakita, Cinquay, JeVante, Jordan, Kendra, and Kendrick; and a host of nieces, nephews, cousins, and friends.

Visitation will be one hour prior to the service at the Church.   Interment will be in Salvation Cemetery, in Pearl River, LA.  Entrusted to Brown’s Funeral Home.