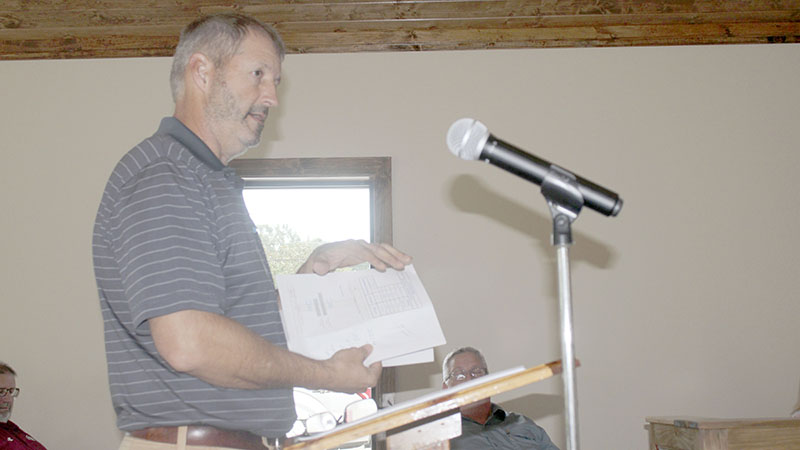 Another $50,000 has been approved for transfer from the county jail budget to the Pearl River County Sheriff’s Department administration’s budget in the upcoming fiscal year.

The Board of Supervisors already approved moving $50,000 from the county jail’s $3.1 million budget to the $2.9 million sheriff’s administration budget on Sept. 10. The jail’s inmate population has been down from the average for the last six months, said Sheriff David Allison, which allows the jail to eliminate two staff positions to reduce costs. The sheriff’s department would be over budget without the transfer of funds, Allison said. The sheriff said he expects the jail to remain in budget, unless there are unexpected costs like the broken air conditioning unit that had to be replaced this fiscal year.

In a separate matter, the Board heard updates concerning county roadwork. The bridge on Lakeside Drive is scheduled to be closed Thursday, and will be closed for six to eight weeks, said county engineer Les Dungan. During the closure, traffic will be routed across the spillway on Lakeside Drive in the Anchor Lake subdivision. There is an emergency access route on Baucum Road in case a big rain event floods the spillway.

Work on one bridge on Progress/Silver Run Road is complete and work on the second bridge is expected to begin in three weeks. Both bridges are currently open to traffic, Dungan said.

Work on the bridge on McNeill Steephollow Road is complete and work is beginning to tie the asphalt on the roadway with the bridge, Dungan said. The paving is expected to be finished in three weeks, at which point traffic can return to the main road, Dungan said. Currently, there is an on-site detour.

Paving is complete on two of the three roads in the 2019 Countywide Overlay Project—Ceasar Road and Liberty Road. Paving and leveling are complete on Burgetown Road, but the road still needs surfacing, Dungan said. Burgetown Road is open to traffic. Striping will be done on all three of the roads at the same time.

Dungan said he believes three items were damaged by the company’s work: there is damage to the road’s base, damage to the edge of the road and damage on the shoulder. Dungan estimates repairing the road and preparing it for paving will cost $250,000. He will work with Norfolk Southern on the cost estimate.

He expects paving the road to cost $1 million, but anticipates that cost will be the county’s responsibility because of the condition the road was in before the damage was done to it.

The next Board meeting will be Monday Oct. 7 at 9 a.m.