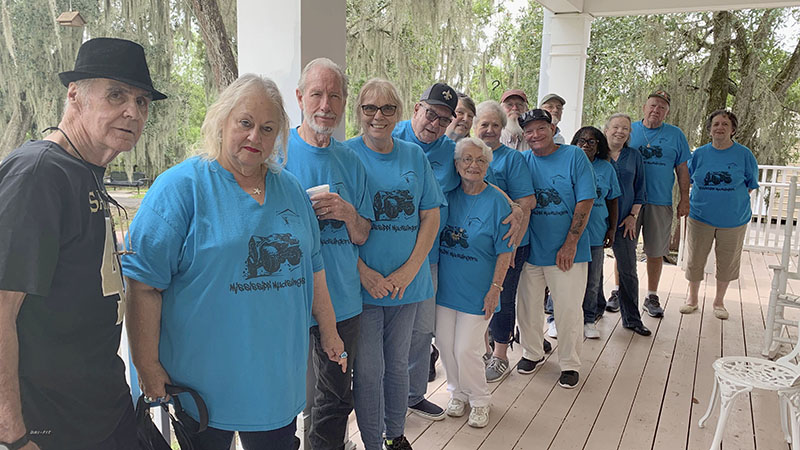 The Mississippi Mudslingers, as the local team is known, are the only beanbag baseball team in the area, Team Captain Susan Madere, said, which leads them to play against teams from Louisiana.

The game involves throwing beanbags at a board with holes for out, first base, second base, third base, home run and foul balls. Players have three chances to throw. Teams shout to support their players and ring a bell when someone makes a home run.

“If you’re in a wheel chair, you can play. You can play with a walker—anybody can play,” said Madere.

The game is competitive and fun, Madere said.

Madere started the beanbag baseball games at the local Senior Center two years ago after moving to Mississippi from Louisiana.

“That’s why I was excited we beat them,” Madere said. “I did a lot of screaming because we beat them.”

The local Senior Center holds beanbag baseball games every Thursday, and sometimes up to 20 people participate. Players who want to travel for competitions can join Madere’s team.

The team has already traveled to the Senior Olympics in New Orleans to compete against over 20 teams, to a competition in Abita Springs against eight teams and traveled twice to play with the Lafitte Senior Center.

Madere hopes to convince other Mississippi senior centers to begin playing, so the team can travel to play with them, she said.

In the meantime, the Westwego Senior Center heard about the Mudslingers win against Lafitte, and wants to set up a game, Madere said.