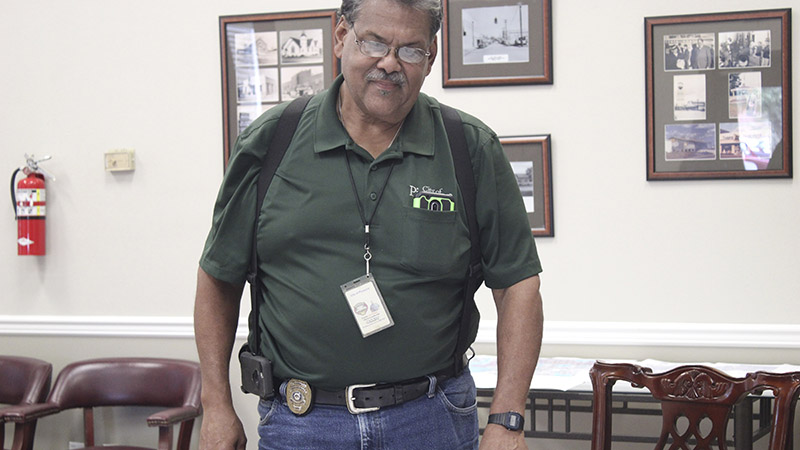 Floodplain administrator Ted Barze points out changes between the new and old flood maps for Picayune. There are not significant modifications for the flood maps in Pearl River County.

Federal insurance rate maps have not changed significantly within the city of Picayune, said city floodplain administrator Ted Barze. The new maps will go into effect on Sept. 27.

The maps are created by FEMA and intended to help people know where and how to build and ensure people know the base flood elevation to build, Barze said. The maps are designed to be preventative instead of predictive to reduce damage to individual’s property and the cost of flood repairs for the federal government, Barze said.

The current maps went into effect in June 2008, Barze said.

The majority of changes to the two Picayune maps were in uninhabited areas, so do not have a significant impact on the city’s residents, Barze said, although they may impact those interested in developing in those areas.

No streets were added to or removed from the floodplain maps, Barze said.

There are no significant changes to flood hazard data for Pearl River County, Barze said.

FEMA did develop base flood elevations in some areas that were previously undetermined, said Pearl River County floodplain manager Teasha Lee via email.

To find out if a property is in a special flood hazard area, residents can go to the FEMA map service center at femamaps.gov or visit a county E-911 or building permit office in Picayune or Poplarville, Lee said.

The county, the city of Poplarville and the city of Picayune all adopted the new flood hazard maps in August, according to previous coverage.