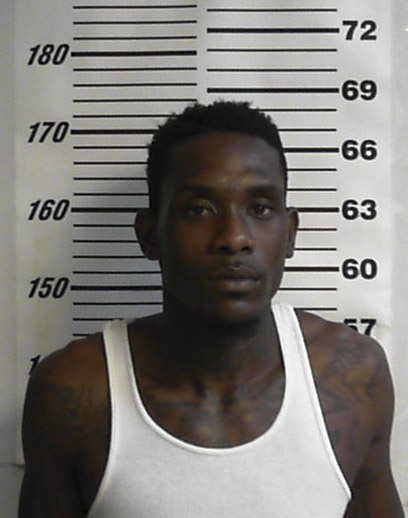 A Carriere resident was arrested on drug and illegal possession of a weapon charges on Aug. 19, after being called to the area of Kingsway Drive to conduct a welfare check.

Picayune Police Department Assistant Chief Dustin Moeller said officers were dispatched to 1223 Kingsway Dr. after the caller expressed concern about a suspicious man in the area.

When officers arrived, they saw 25-year-old Jaylon Juwon Jenkins 81 South Fork Dr., Carriere, who matched the description given by dispatch, standing near Building D of the apartment complex, Moeller said. As the officers approached, they observed him pull a firearm from his waistband and conceal it in the small of his back, prompting them to order Jenkins to put his hands on top of his head and get on the ground, Moeller said.

Jenkins refused and kept his hands behind his back near where the weapon was last seen, Moeller said. Repeated commands from the officers to put his hands on top of his head and get on the ground eventually led to Jenkins’ compliance.

Officers conducted a pat down for the weapon and recovered a loaded .25 caliber firearm that had fallen into Jenkins pants leg, Moeller said.

Upon further investigation, officers determined that Jenkins is a convicted felon, Moeller said.

After arriving at the Criminal Justice Center, Jenkins was searched by corrections officers, who recovered an additional clear plastic bag containing a large amount of brown powder, believed to be heroin, in his underclothes, Moeller said.