Bridge on Lakeside Drive next to be replaced 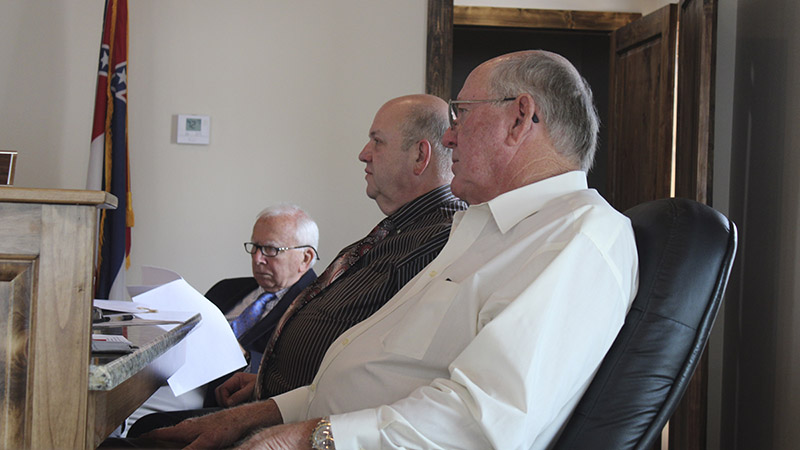 Anchor Lake Road is now open due to completion of work to replace the bridge near the intersection of Old Highway 11. The next county bridge on the replacement schedule is on Lakeside Drive, said county engineer Les Dungan at the Board of Supervisors meeting held Wednesday.

Work on that bridge will begin in the first week of September and roadwork is scheduled to last six to eight weeks, Dungan said.

An emergency access route has been planned along Baucum Road, in case the spillway over the dam is activated. The route would give access to the properties that would be isolated there when the spillway is flooded, Dungan said.

The Board also addressed complaints on Springhill Road and Oakhill Road, which have faded striping. Due to the bridge crisis, state funds are being used on bridge repair instead of surface maintenance, Dungan said. Putting together a project using state funds to restripe the 18 miles of faded center lines may last until next year, Dungan said. The Board approved installing raised pavement markers on the center line for $7,470, which can be done within a few weeks and leaves time to schedule restriping.

—Approved the hiring of Aaron French for the county’s IT department.

—Adopted a flood damage prevention ordinance, which will update the maps used by the county based on new FEMA flood studies. The maps establish the official floodplain and affect how people acquire flood insurance, said County Administrator Adrain Lumpkin.