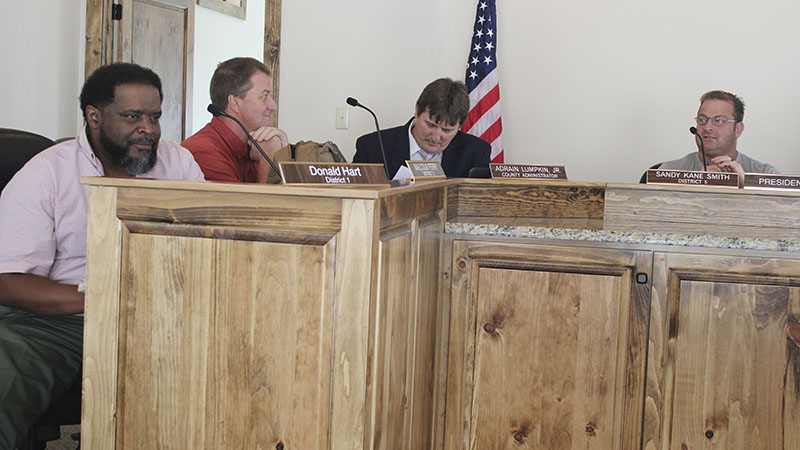 The Board of Supervisors discuss the proposed general fund budget at their meeting Wednesday. Photo by Cathy Cook.

The Board of Supervisors reviewed the proposed 2019-2020 budget for the county’s general fund during their Board meeting Wednesday.

County Administrator Adrain Lumpkin said the county has been paying approximately $135,000 for the crisis stabilization unit out of the lunacy court budget, and he has moved that expense to the mental health budget for the next fiscal year.

County extension is proposed to increase from $100,000 to $125,000 because their office is replacing a part time employee with a full time employee, said Lumpkin.

No money was budgeted for the Main Street congregate feeding program through SMPDD in the current fiscal year, but there is $22,000 budgeted for it in the 2019-2020 fiscal year.

In the preliminary budget, there are no proposed increases to the budgets for the Board of Supervisors, the Chancery Clerk, the Circuit Clerk, the jail, or the health department.

The proposed budgets for sanitation, the Sheriff’s Office legal department and the planning department together decreased by $50,000.