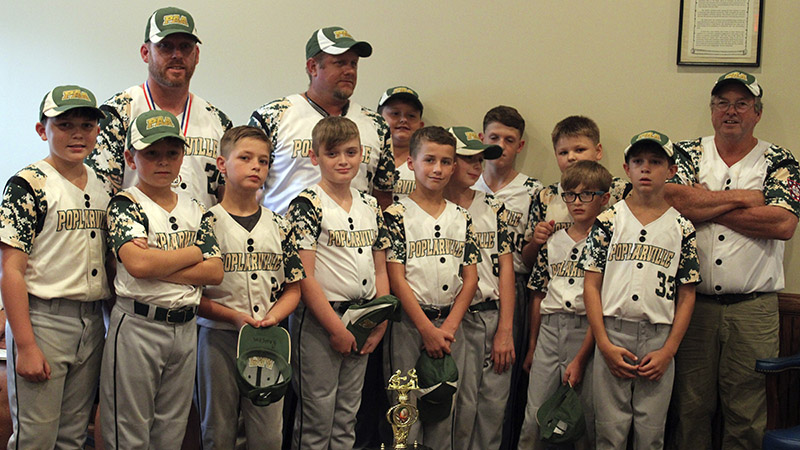 Poplarville’s 10U All-Star Baseball team is recognized by a resolution passed at Tuesday’s Board of Aldermen meeting.

The Board of Aldermen approved the creation of a complete count committee to encourage responses to the 2020 U.S. Census during Tuesday’s meeting.

Mayor Rossie Creel asked each Board member to find two volunteers to serve on the committee. Census partnership specialist Traycee Scott-Williams recommended the creation of the committee because trusted local voices informing the community on the importance of responding to the census will ensure everyone is counted.

In another matter, the Board passed a resolution recognizing Poplarville’s 10U All-Star Baseball team for winning the Dixie Youth District 8 title. The title allows the team to proceed to nationals, said Creel.  Head Coach Randy Graeter thanked the City of Poplarville for its support.

—Adopted the official list of streets to be paved as part of the 2019 Municipal Bond issue.

The next regular Board meeting will be Tuesday, Aug. 20 at 5 p.m.  at City Hall.