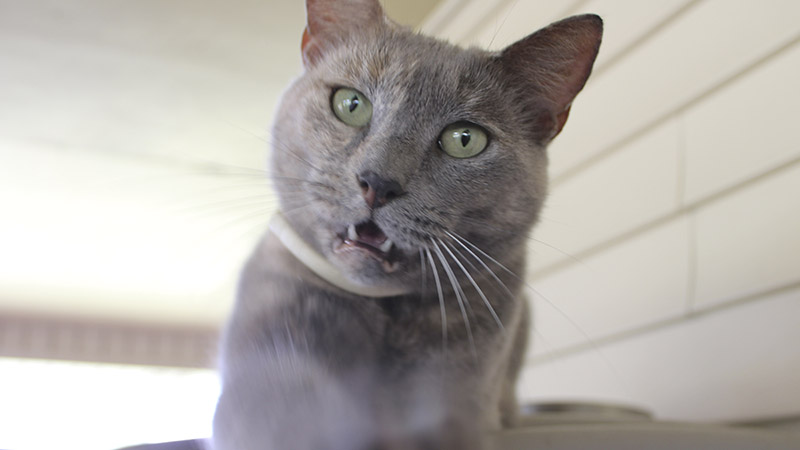 When the aloof feline by the name of Miss Lucy escaped her home, Debby Kirby thought her cat was gone for good.

Three months later, a stray cat turned up underneath Kirby’s church, she said.  Churchgoer Rebecca Taylor worked hard to coax the cat from under the church, Kirby said. When Taylor took the thin stray home, it was clear by the cat’s house manners that it belonged to someone, Kirby said.

After a scan for a microchip at the veterinarian’s office, the cat was revealed to be Kirby’s long lost Lucy.

“I couldn’t figure out how in the world my cat from out here in Carriere got to Picayune,” Kirby said.

Microchips in cats or dogs provide a way for the animals to get home, even if their collar has been lost or stolen, said Maria Diamond, public relations director for the PRC SPCA. The microchip company keeps a record of the pet owner’s phone number, so they can be contacted if the pet turns up at a shelter or veterinarian’s office.

“It’s especially important during hurricane season when you can get separated from your pets,” Diamond said.

Cats and dogs that are adopted from the PRC SPCA are all microchipped before leaving the shelter for their new home, Diamond said.

Any stray picked up at the shelter and reclaimed by its owner is also microchipped, which is included in the cost of the reclaim fee, Diamond said. That makes finding the owner easier should the animal be lost again, Diamond said.

Microchips can fail to reunite pets and their owners if the owner changes phone numbers and does not update that information with the microchip company, Diamond said.

“A lot of the shelters, they’re very full and the pet’s time is limited, and with us, if we adopted out the pet and bring it out here, we’re going to keep it until it’s adopted again,” Diamond said.

Animals have been returned home from the other side of the country because of microchips, Diamond said.

Kirby is grateful her cat made it back to Carriere from Picayune. Lucy is a changed cat after her months in the wilderness, Kirby said. The once aloof cat is very vocal and loving.

“She follows me anywhere I go now,” Kirby said.

Kirby never thought of microchipping her pets before, she said, but reuniting with Lucy convinced her to microchip her other cat and dog too.

Mississippi native plants that shine in the summer landscape