Reeves speaks with locals about economics and education 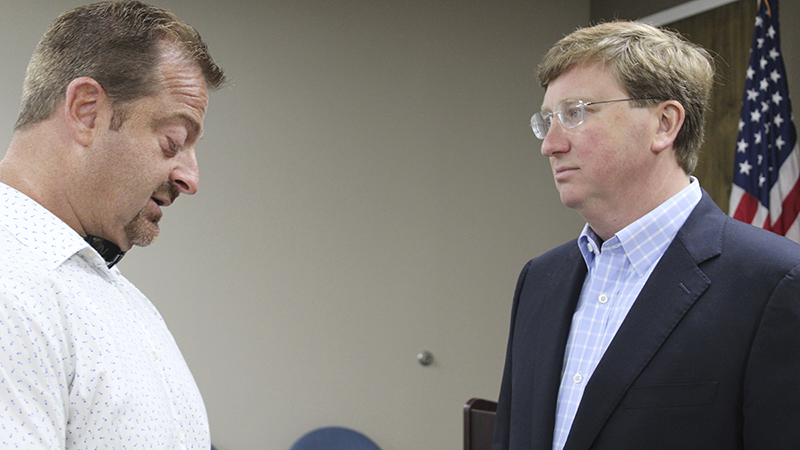 During his visit, Reeves spoke about his proposal to have nine economic development plans for different areas of Mississippi. Reeves said he does not know yet what those nine economic plans will be, instead he is determining those plans through listening sessions. Reeves said that Stennis Space Center is an economic asset for Pearl River County that should be leveraged, but did not have a plan to reach that goal. Reeves said that Pearl River County competing with Louisiana to retain businesses validates the need for different economic development plans for different parts of the state, since Rankin County, where he is from, does not worry about competing with Louisiana for employers.

Reeves said he would like to invest more state funds in retraining workers who are looking for a new career path and improve education to improve workforce development.

Reeves said he believes students in school spend too much time taking standardized tests, but said many of those tests are locally mandated, not state mandated.

Reeves said he would also like the Mississippi Development Authority to spend state tax dollars on infrastructure that would benefit businesses, like roads, bridges, water, sewer and power lines. Reeves said that it is possible to invest more money in infrastructure without raising taxes and lawmakers simply have to find the money.

Reeves currently has no stance on the “One Lake” project, he said.

Council hears urge for all residents to participate in…