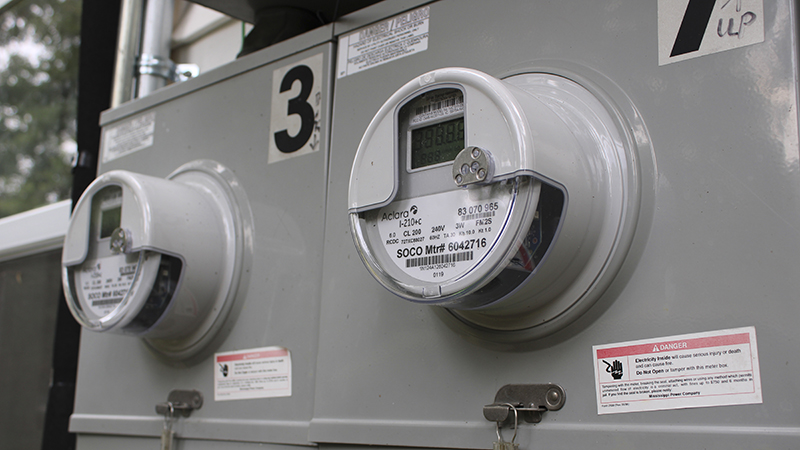 Power meters monitor the amount of electricity used by a household. To reduce electricity bills in the summer, Pearl River County residents can employ a number of practices, such as keeping blinds and curtains drawn.

Household electricity use peaks in July and August because of the summer heat, said Mississippi Power Spokesman Jeff Shepard.

“It can be hard for people to understand, the weather definitely affects your power bill, when it’s really cold outside or really hot outside, your bill is going to be higher,” said Apirl Lollar, Coast Electric Director of Communications.

Almost half of a household’s electricity bill comes from the cost to heat and cool the home, Lollar said.

Keeping an HVAC system running efficiently is one way to reduce energy use, Shepard said. Changing the system’s filter monthly and checking to make sure no grass or bushes are bumping against the outdoor unit help the system run efficiently, Shepard said. Mississippi Power also recommends having HVAC units inspected by a certified technician regularly.

Covering windows or doors that receive a lot of sunlight during the day with blinds or curtains and covering any cracks beneath doors or windows where cool air can seep out are low or no cost ways to reduce electricity costs, Lollar said.

Using large household appliances like dishwashers, washing machines or dryers early in the morning or in the evening when the weather is cooler instead of in the middle of the day is another way to reduce electricity usage, Shepherd said.

During the summer, peak times for electricity usage is between 3 p.m. and 6 p.m., according to the Coast Electric website.

Both Mississippi Power and Coast Electric have alternative billing programs that customers can opt in to as a way to save money or reduce the highs and lows in their electricity bills.