PRC band ready for another year of growth 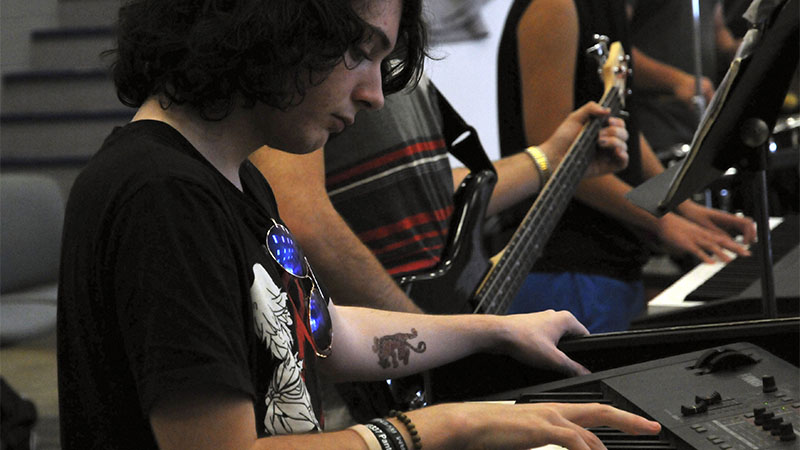 Jonathan Mitchell | Picayune Item On three: The Pearl River Central Band will be heading into the upcoming school year with more experience, and aiming for improvement in competitions.

Kelcey Becnel knew all her life that she wanted to be a band director.

In her 10th grade English class while attending Pearl River Central High School each student was told to write a five-year goal and 10 year goal.

In that assignment she said that within five years from then Becnel wanted to be a band director, and five years after that she planned to be the band director for her alma mater. It’s been 10 years, and Becnel is where she always planned.

“It’s really nostalgic to come into the same band hall I was in when I was here,” Becnel said. “This is what I’ve always dreamed of doing.”

Becnel has been at the helm of the Blue Brigade for a couple of years now, and she’s seen some drastic changes during her time in charge.

“The improvement from the first year to the second year was profound,” Becnel said.

“The kids knew me and were ready to work hard no matter what.”

Now heading into her third year, Becnel is excited to continue to see her students improve as musicians.

“Overall, the kids did really great last year, and we had some challenges we overcame,” Becnel said.”

One of those challenges was teaching all the band members how to read music.

Becnel estimated that when she took over, nearly a quarter of the band didn’t know how to read music, and that’s a challenge they’re still fighting with today. The perception of the program has changed with Becnel and her staff instilling a sense of pride in her students so they will be proud of the product they create.

“These kids don’t work to be recognized,” Becnel said.

“I’ve changed a lot of attitudes about what band is and the kids have pride in their program.”

Their new show will be quite the trip this year, and Becnel said that if the band wants to reach that next level they’ll have to perform well.

“This show is not going to be easy, this is our next step,” Becnel said.“I told them if you want to play this music and love this music you have to prove it to me and they have.”

She credits that to the work and influence of her leadership team. To that end, section leaders ensure everyone is truly involved in the show.

“It’s easier to work harder for someone when they feel like family,” Becnel said.

As the band director Becnel wants the Blue Brigade to perform well, but there are bigger things at play than just winning competitions.

“Everyone loves to win, but winning isn’t what this is about, and I preach that to my kids,” Becnel said. “It’s about progress, not about winning.”

There is a steep learning curve when joining band, especially for someone with no musical experience.

“Music is a language and people don’t understand that,” Becnel said.

But to her students, music serves not only as a form of self-expression, but also as a way to form lasting relationships with others.

“It’s important for students to find a place to belong, especially in high school,” Becnel said.

“That’s what band is, it’s helping them live in this world that is so confusing.”

Millbrook Country Club looking to get youngsters involved in…