Local to compete in pageant 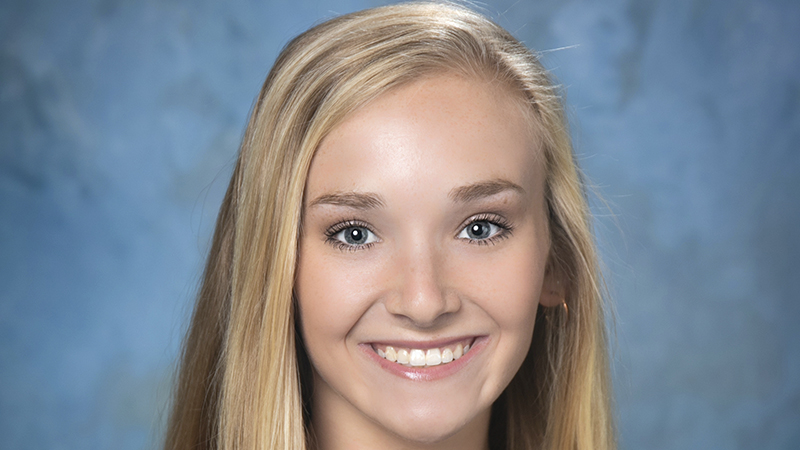 The competition evaluates 34 Mississippi high school seniors on their scholastic achievement, fitness, self-expression, talent and answers during an interview. The winner will compete in a national competition, according to a press release from Distinguished Young Women. The program was formerly America’s Junior Miss, and began in 1958, the release states.

Penton won a local competition in January, allowing her to compete in the state competition, she said.

For her talent portion, Penton will be performing a lyrical dance to the song “You Are My Sunshine,” in honor of her mother, Amy Dossett, she said.

“I just wanted it to be something meaningful—not just something to go out there and win with, but to show my appreciation and my love for her,” Penton said.

Penton said her mom used to sing the song to her and her sister, Penton said.

The performance will be the first time Penton will dance a solo routine in any competition, she said, but Penton is an experienced dancer. She took studio dance for 16 years at Leisha’s Dance School in Picayune, and she is currently a member of the Blue Angels Dance Team at Pearl River Central High School.

Penton became involved in the program because she thought it would be a fun experience and a good opportunity to earn scholarship money, she said. Mississippi’s competing seniors will vie for $28,900 in college scholarships, according to the press release. Penton plans to attend Pearl River Community College before moving on to William Carey University, she said.

General admission to watch all three days of the competition is $45, or individual day prices are $15 for Thursday or Friday and $20 for Saturday, according to the press release.