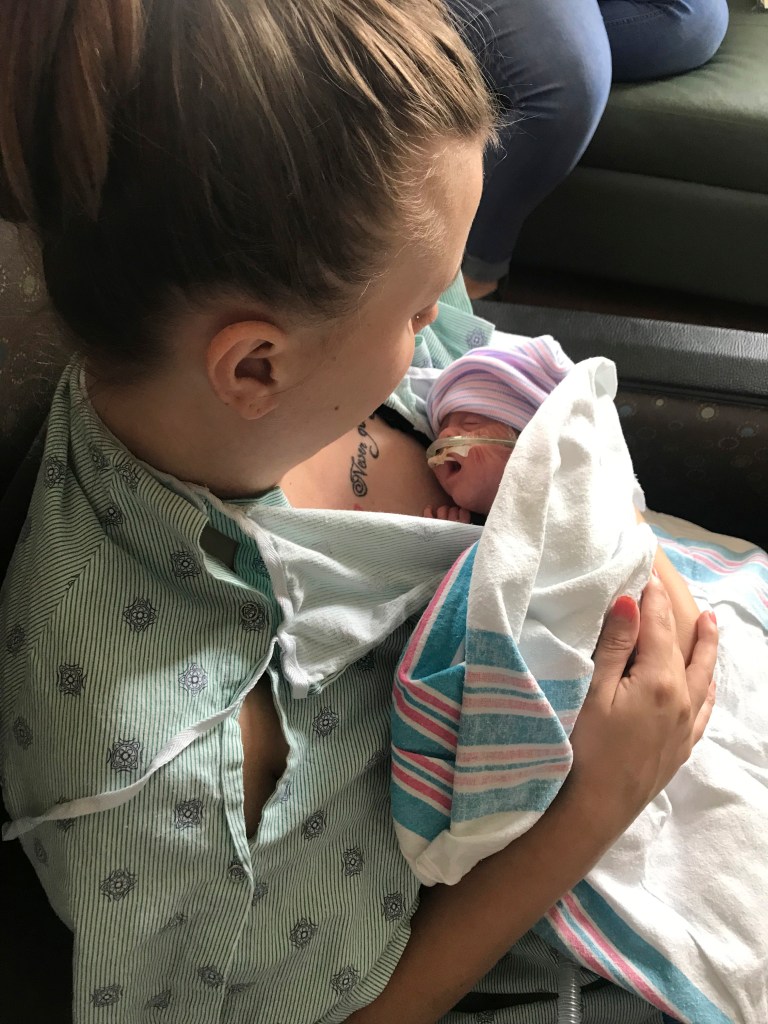 The community has stepped up to offer financial and emotional support for the family of a Picayune baby born at 26 weeks, said the baby’s grandmother Spanky Riley.

Twenty-four year old Chelsea Young travels from Picayune to Hattiesburg every other day to bring breast milk to her daughter, Rylee Jo Davison, Riley said. When Davison was born, she weighed only two pounds and three ounces and has been in the Forrest General Hospital ICU ever since, Riley said. The hospital does have donor breast milk available for those days when Young is unable to bring her own milk, Riley said.

“She doesn’t do as well with donor breast milk as she does with her mom’s milk,” Riley said.

Davison loses a few ounces of weight with donor breast milk, but between an emergency C-section and a second surgery for a life threatening infection on her uterus, Young’s body has not always been able to produce breast milk.

At $6 to $15 per one ounce, the donor breast milk is one of many medical costs the family faces, Riley said.

The family is holding a fundraiser car wash Saturday from 10 a.m. to 2 p.m at the Picayune Texaco on Highway 11. A benefit will be held at 10 a.m. on July 20 at Mutt and BC’s with corn hole tournaments, raffles, a silent auction, food plates, face painting and a fun jump, Riley said. Volunteers dressed as Anna, Elsa and Spiderman will also make an appearance, she said. The family is asking people to donate whatever is in their hearts, Riley said.

“We’ve gotten a really good community response with help for the benefit,” Riley said. “A lot of local restaurants have donated gift certificates for us to raffle and letting us put donation jars out and stuff like that. We really appreciate it.”

At six weeks old, Davison is no longer on a ventilator to help her breathe, but instead uses a CPAP machine, Riley said.

“She tends to forget to breathe which is normal, but when she forgets to breathe the CPAP will breathe for her and reminds her to breathe,” Riley said.

Davison now weighs more than four pounds, allowing her to live without a temperature-controlled environment, which means she is able to wear clothes, Riley said.

“It doesn’t seem like much to other people, but to us, it’s a big deal,” Riley said.

Young lives in Picayune and works as a Walmart cashier, Riley said. Last year, Young lost a pregnancy after life threatening medical complications, which could mean that Davison is Young’s first and likely only child, Riley said.

Despite her early birth and small size, Davison is doing well and is expected to be able to go home around her original due date of August 29, Riley said.

“We definitely believe that we’ve gotten through all of this with the power of prayers for sure,” Riley said. “We definitely appreciate everybody’s supportive prayers.”

In addition to Saturday’s car wash and the July 20 benefit, the family will also receive 20 percent of the proceeds of Picayune Domino’s call-in or walk-in orders on July 17 from the orders where customers mention Rylee Jo’s name, Riley said.