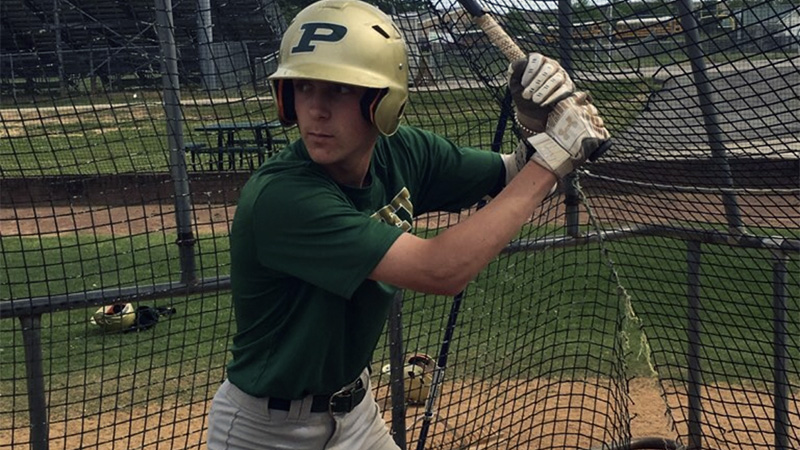 Submitted Photo Practice makes perfect: Freshman Riley Passman prepares to swing during batting practice. This time is spent warming up and prepping for the upcoming game.

There were a variety of unknowns heading into this past season for the Hornet’s varsity baseball team.

Not only was there a coaching change, but the team was young and that led to doubt as to how their talent would translate to high school competitions.

“We had an 8th and 9th grader out of the bullpen and they were a great force,” Head Coach Slade Jones said.

“And on top of that our best starter was a 10th grader.”

However, the young guns performed well and the team won 20 games for the second time in school history, Davis said.

The squad went 7-3 in district and was able to win its first round of playoff games.

In the second round they came up against an experienced West Lauderdale team.

“But now those guys see what they need to do and see why we preach certain things. It gets redundant in practice but now they see why we do it.”

Jones said it was the best thing that could’ve happened to his team, even with the stinging losses, because it enlightened the players. It showed them what they needed to do to compete on that level.

“They haven’t experienced anything like that, or what it takes,” Jones said.

With so much young talent coming through the pipeline Jones said it wasn’t so much about teaching the game at this point.

Instead he and the staff are perfecting the little things that make all the difference in a game like baseball.

“They’re prepared for the future, now we just need to start polishing up,” Jones said.

“The mental hurdle to overcome was seeing they could beat teams if they played as a unit. Mentally they conquered the beast last year.”

That mental fortitude and ability to overcome adversity comes from the hours put in by the players outside of game time.

“The way that we practice in the fall prepares them for that,” Jones said.

“Our approach to the game is who can bring it every single game and who can do it again, and again.”

The team did lose some key bats and some speed on the bases.

“In my mind we could’ve beat West Lauderdale and we will in the future, it’s just going to take time.”

Until that rematch, Jones, his staff and the athletes will be working over the summer until fall ball starts back up.