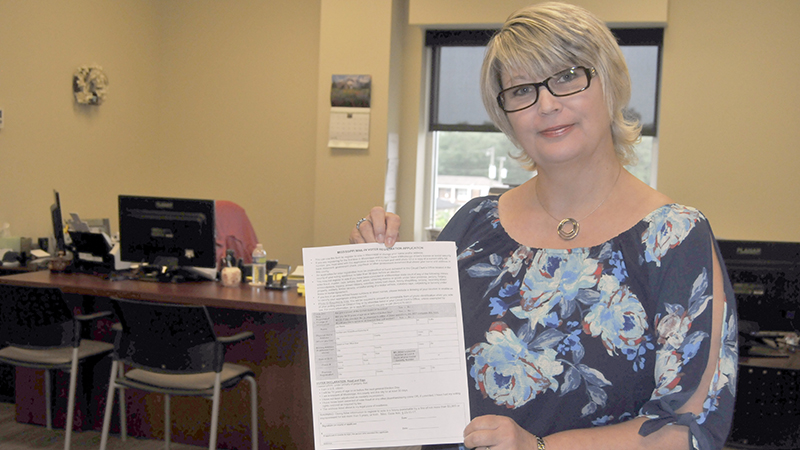 Deputy circuit clerk Alva Lamarque shows the voter registration forms. To cast a ballot in the Primary Election on August 6, voters must be registered by July 8.

The voter registration deadline for Mississippi’s primary election is a little under two weeks away, set for July 8.

Circuit Clerk offices will be open Saturday July 6 from 8 a.m. to noon and until 5 p.m. Monday July 8 to accept voter registration applications, according to a press release from the Mississippi Secretary of State’s Office. Mailed in applications must be postmarked by July 8, according to the release.

Absentee voting began Monday and is available to anyone who will be away from their county of residence on Election Day, persons who are temporarily or permanently disabled or older than 65 and for a number of other reasons, according to the press release.

Voters who have moved or changed their name since the last election must update their registration information to cast a ballot in the correct precinct, the release states.

“A lot of people have gotten disgusted with the way the system works and feel like their vote doesn’t count,” Dalton said.

Mike Tyson, Chairman of the Republican Executive Committee said the local Republican Party is concerned about the low number of voters who show up to the polls.

“Men and women have fought and died to give you that right and to disregard it and not do that—you’re really not living up to your duty as a citizen and personally too, you’re not having any input about the process,” Tyson said.

For more information about voter registration, Mississippians can call the Elections Division at 601-576-2550.