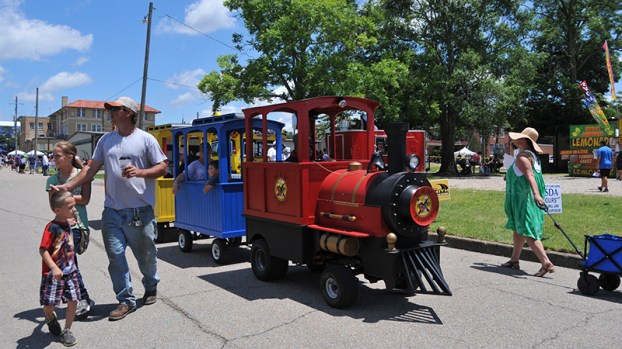 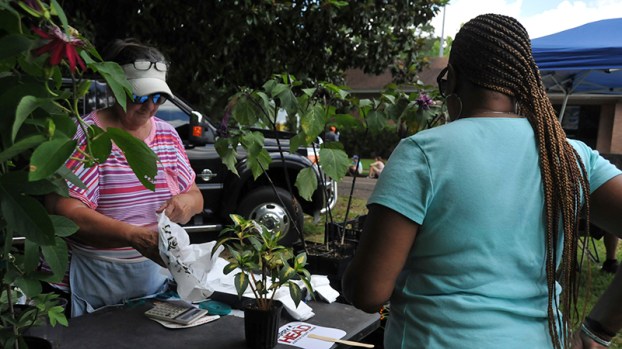 Norma Henry buys a flowering plant from Kat Kaw Nursery at Saturday’s Blueberry Jubilee. Henry always buys T-shirts at the festival, but this was her first year buying a plant. 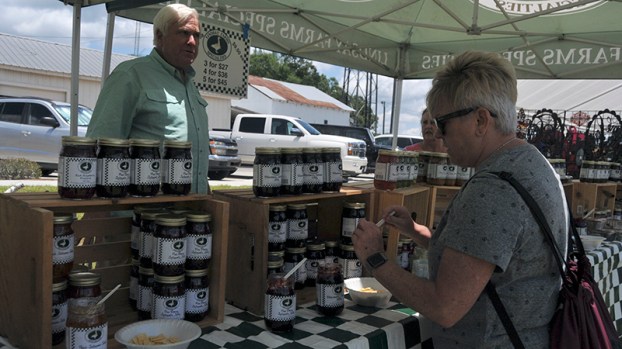 Attendee Gayle Knight picks out a black eyed pea salsa from Lindsay Farms. Knight said she had not visited Poplarville in 30 years, but came for the Blueberry Jubilee Saturday. 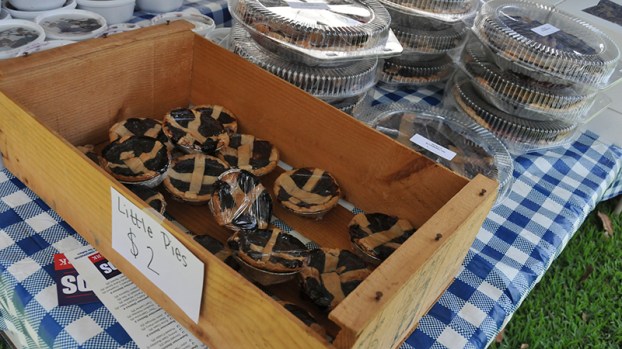 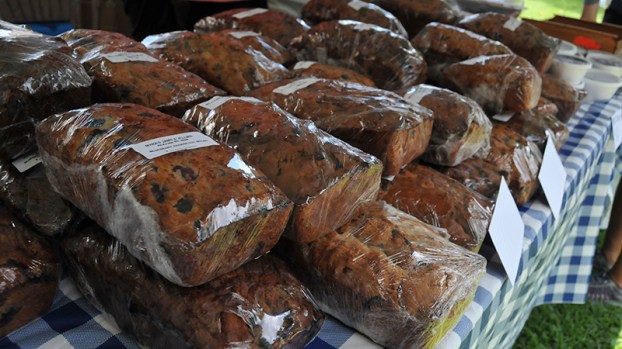 Saturday’s Blueberry Jubilee in Poplarville was bustling with families, live music and all things blueberry; including blueberry ice cream, blueberry lemonade, blueberry pies, and of course boxes of loose blueberries.

The babies won $150, $100 and $40 respectively, she said. The babies also took home first, second and third place trophies, she said. The competition has never included a cash prize before, but an anonymous donor funded the prize money, LaHaye said.

Along with competitions for babies and pups, the Blueberry Jubilee featured vendors from across the Southeast region.

Vicki Moore from Kat Kaw Nursery in Louisiana has been selling plants at the Jubilee for 15 years, she said.

“We’ve been coming so long people look for us, so they keep coming back,” Moore said.

Craft and food vendors were relocated from their normal location because of construction, Moore said, so some customers did not know the booth was there. Still, the nursery was able to sell perennials, especially to customers who were on the lookout for them, she said.

Norma Henry said she has been coming to the Jubilee for a long time, but this was her first year buying a plant at the festival.

William Stewart with Lindsay Farms came from Alabama to sell jellies, jams and salsas, Stewart said. Lindsay Farms has sold its goods at the Blueberry Jubilee three previous years, he said, and when the Jubilee has heavy attendance, sales are good. Stewart said the sunny weather at this year’s Jubilee led to his sales being up. Selling at festivals is not easy, but Stewart said the work is worth the effort.

Kathy Garrett was a first time Jubilee vendor, who agreed that selling at festivals is hard work. Garrett sells handmade purses constructed by Mike Golden’s Arkansas-based business, Band in My Hand. He makes the purses made from old vinyl albums, she said, Garrett said.

However, Garrett will not be returning as a vendor, because of how exhausting selling goods at festivals can be, she said.

Another first time vendor, Mitchell Coleman with Natural Releaf in Louisiana, said the Jubilee brought in a lot of income compared to the other festivals he’s worked. Coleman sells CBD oil at festivals around Mississippi and Louisiana, he said. Coleman said he and his wife Veronica would definitely be coming back to the Jubilee next year.