Children and pets should not be left in vehicles 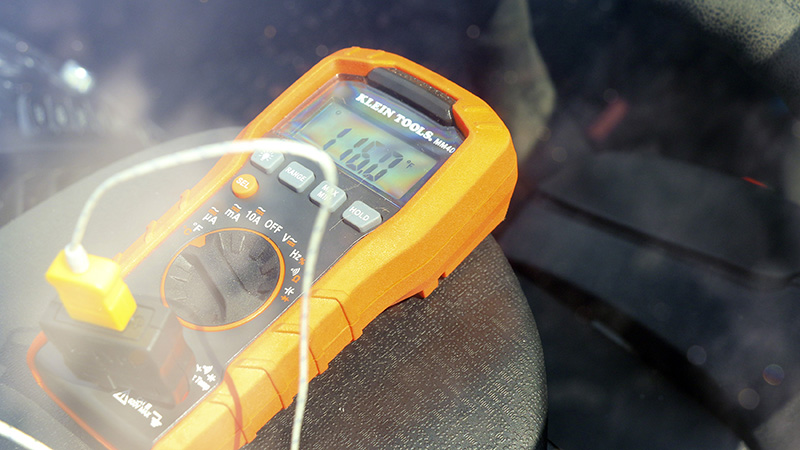 Photo by Jeremy Pittari. Temperatures climb to 116 degrees in a car in Picayune Tuesday.

Children and pets do not get left in cars often in Picayune, but when they do the consequences are serious, said Captain Kerry McGill of the Picayune Police Department.

Temperatures inside a car can become extremely hot very quickly, McGill said. People do not realize how quickly the temperature rises inside a vehicle even if it is parked in the shade, said Rhonda Furby, director of community outreach at the Pearl River County SPCA.

On average, the Picayune Police Department receives two to three calls a month regarding children and/or pets being left in cars, McGill said.

Typically when children in Picayune are left in cars, the vehicle is in the parking lot of a large retail store and typically parents leave the car running, McGill said. However, even leaving children locked in a running car can create a dangerous situation, because kids might shift the car into gear, McGill said. Parents should bring their children into the store with them, even if they think the errand will only take a few minutes, McGill said.

Anyone who leaves their children or pets unattended in a car can be charged with child neglect or animal cruelty, McGill said.

Several years ago three dogs were brought into the SPCA after their owner left them in a car with the air conditioning running, Furby said. The air conditioning in the car went out, resulting in the death of all three dogs, she said. Leaving pets in a car is never safe, she said, so when the temperatures outside are hot owners should leave their pets at home.

Dogs should also not be transported in truck beds during the hot summer months, Furby said, because the metal bed of the truck can burn the pads on their paws and the dogs do not get enough air flow to cool off even when the vehicle is moving.

To prevent heat stroke in dogs that are kept outside, provide the animal with a water bowl that cannot be knocked over, plenty of shade and if possible a pool of cool water to wade in, Furby said.