Board of Supervisors approve funding for county jail server 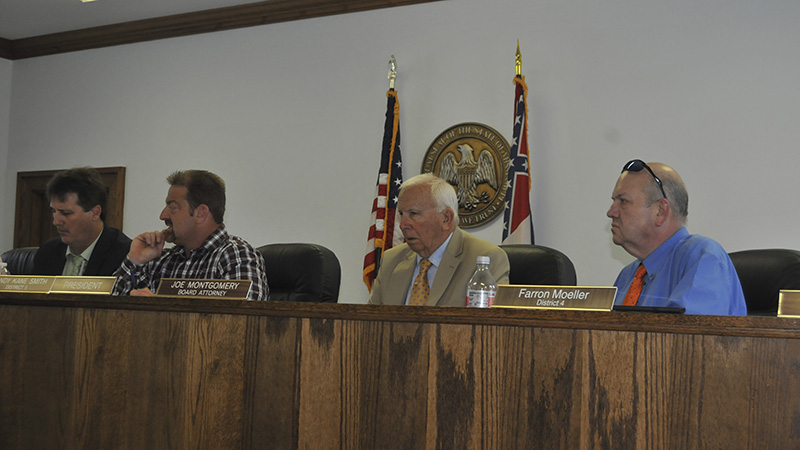 Board members discuss pothole problems in the county. Board member Farron Moeller said he has received more complaints about pothole trucks than potholes.

The Board of Supervisors approved the purchase of a camera connectivity system for Pearl River County’s Lenoir Rowell Correctional Facility totaling $19,198 from PCM during Monday’s meeting.

County Administrator Adrain Lumpkin said 150 cameras have been added within the jail, said. However, the server that stores footage from the cameras needs to be updated, Lumpkin said.

When the new server is installed, jail personnel will be able to record the footage from all of the cameras and maintain that footage for six months, Lumpkin said.

If there are ever accusations about incidents in the jail, maintaining the recorded footage will allow the Sheriff’s Department to review what happened, Lumpkin said.

In other business, the Board approved $30,000 in county funding to replace the fuel system at the Poplarville-Pearl River County Airport.

Lumpkin said the county paying for the improvement is tentative based on whether the Mississippi Department of Transportation pays to replace the fuel system. The exact amount of funding provided by MDOT is unknown, so the county is setting aside additional funds to cover any shortfalls from the state, Lumpkin said.

Board Vice-President Hudson Holliday said that if the MDOT grant falls through, he would like the county to pay the full expense for the fuel system improvement to avoid a delay.

The Board also discussed complaints several Board members received about a lack of pothole repairs in the county.

City of Picayune employee recognized for rescuing girl from…