Board of Aldermen discuss routine matters 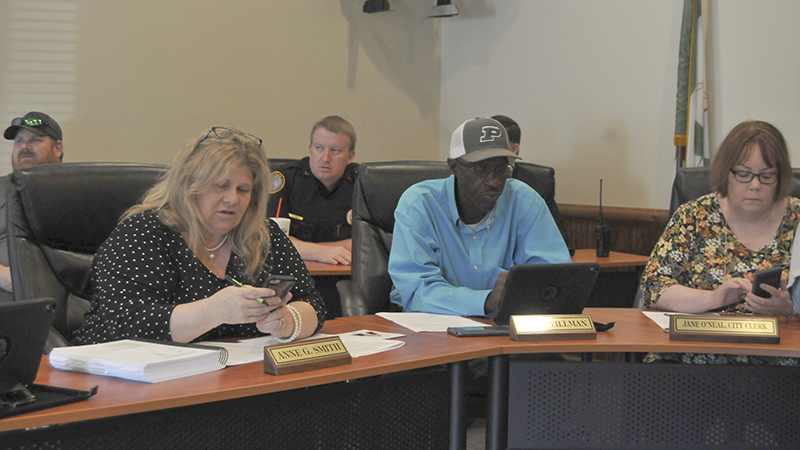 During Tuesday’s meeting, Poplarville’s Board of Aldermen approved Joe Stewart’s transfer back to being a part time police officer effective June 21. Stewart is serving as interim police chief, and is helping with the transition to Police Chief Greg Hartley until that time, Mayor Rossie Creel said.

Capt. Al Tynes said that Martin is on the list of part time officers, but worked no more than two shifts since November 20, 2018.

Alderwoman Anne Smith said that Martin is a volunteer officer and previously the Board was not sure how many privileges to grant him in his volunteer position. She said that she and Tillman did not realize that Martin was still listed as a part time officer.

After discussion of the matter, the Board approved a motion to allow the other officers listed—Mike Smith, Scotty Prine, Chandler Jones, Joe Bowman and Edmond Penton—to attend the Active Attack Integrated Response Course in Picayune.

Alderman Russell Miller requested that Hartley make a list of all officers that still need to meet their required training so the Board can review it at the next meeting. Tynes said that he has let all part time officers know that they need to complete their training.

Municipal police officers are required to complete 24 hours of training every year, and the deadline for that training is July 1, Creel said. Part time officers who do not complete their training hours could be removed from the part time list in order to prevent the department from being placed on probationary standing, Creel said.

In a separate matter Fire Chief Jonathon Head said the ladder truck is repaired and back at the station. The truck’s repair was $260 more than the expected cost, Head said. The Board approved the amended the quote of $10,262 to Reliable Transmission Services.

—Awarded a contract to Xtreme Lawns, LLC for $4,600 for lawn maintenance of City Cemetery.

—Awarded a contract to Xtreme Lawns LLC for $2,900 for lawn maintenance of Forest Lawn Cemetery.