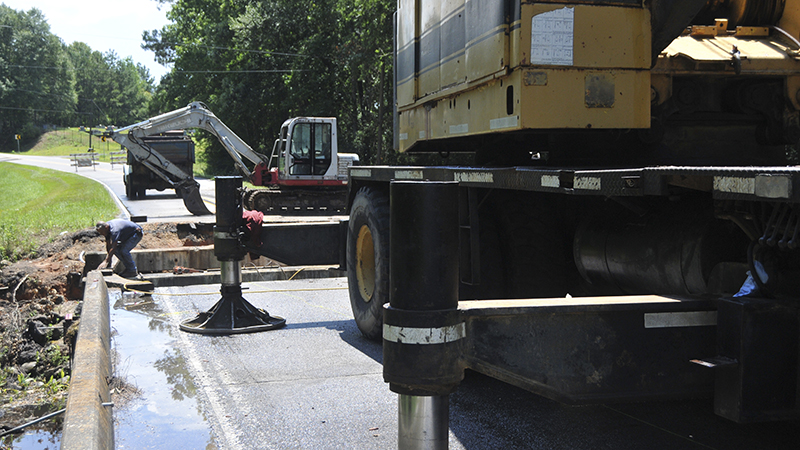 Anchor Lake Road is currently closed, but is scheduled to be reopened on or before August 31, said Les Dungan with Dungan Engineering.

The bridge is one of three along Anchor Lake Road that need to be replaced because the bridges have timber piling supports, Dungan said. The supports are being replaced with concrete piling, he said. The bridge replacements are required by the Mississippi Department of Transportation for safety reasons, Dungan said.

For all three bridges, the replacement cost is being provided by the state, Dungan said.

To minimize inconvenience for the public, the bridges will be replaced one at a time, he said. After the current bridge is replaced, work will begin on the bridge in the Anchor Lake subdivision on Lakeside Drive followed by the bridge east of Interstate 59, Dungan said.

Other bridges in the county were repaired or replaced because they also had timber piling supports last year, including a bridge on Oscar Smith Road and two bridges along Progress Silverrun, according to previous coverage. County crews have been working to repair or replace bridges with timber piling since 2017 to keep the state from closing bridges, according to previous coverage.