Shaw Homestead Visitors learn about life on a Mississippi farm 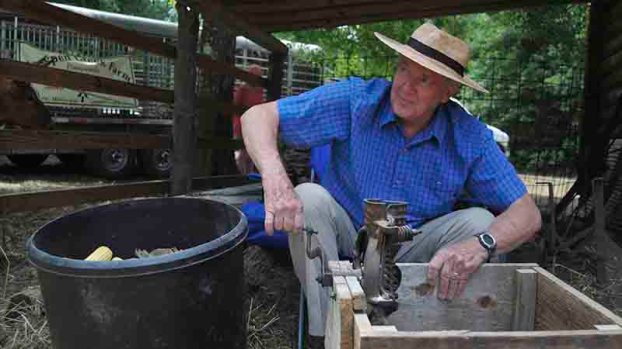 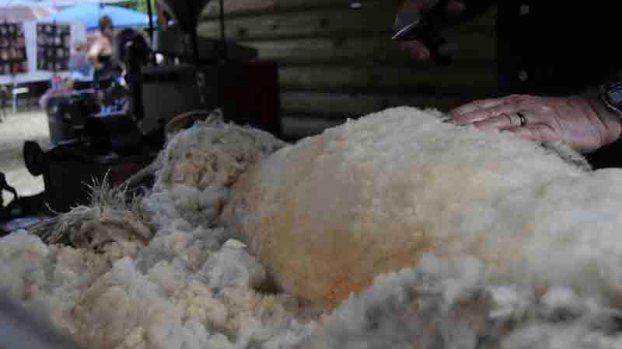 The Historic Shaw Homestead played host to the second semi-annual Remember the Past event, held Saturday May 18 in Poplarville.

The Shaw Homestead was built in the 1880s and was occupied by members of the Ladner and Shaw family until 1969 when Melvina Shaw evacuated before Hurricane Camille made landfall, said Judy Steckler, executive director of the Land Trust for the Mississippi Coastal Plain. The event was funded by a grant from the Lower Pearl River Valley Foundation, Steckler said.

The Shaw Homestead was a farm similar to any other that could be found all over Mississippi at the end of the 20th century and the beginning of the 21st century, but few of those farms have survived, said Jeff Rosenberg, preservation coordinator for the Mississippi Department of Marine Resources.

Visitors walked through the house’s detached kitchen, with the table set exactly as Melvina Shaw left it in 1969, Steckler said. They could also see heritage sheep and cattle similar to those that would have been raised on the farm. The first family members on the property had no electricity, but by the time the family left the farm in 1969 they had automobiles and a gas stove, Rosenberg said.

Visitors could watch a sheep shearing, then walk over to the spinning and weaving demonstration to learn about the process of clothes making from sheep wool to sweater. Attendees were also treated to a corn shelling demonstration and learned about basket weaving and cornhusk dolls.

Visiting the homestead can provide kids with insight into where their garbage goes, because at the farm people did not throw things away, Rosenberg said. Instead, they reused what they bought and made what they needed, he said.

Members from the Shaw and Ladner family were in attendance during the event. Elaine Shaw’s late husband, Arthur Hugo Shaw Jr., lived on the homestead for the first five years of his life, she said. He told her stories of sheep shearing events and about how his grandma would cook all day for everyone who came to shear their sheep, Shaw said.

Steckler said the plan is for the homestead to host field trips for students in September and October, so children have an opportunity to see and feel history. The Land Trust has secured a grant to pay for a bus driver and gas, since many schools are unable to fund a field trip, Steckler said.

“It’s important for youth to understand and have love of where they came from,” said Rhonda Price, Director of the Mississippi Gulf Coast National Heritage Area.

The Shaw Homestead provides an opportunity for visitors to learn about history and nature all in one location, Price said.