POS to present Always a Bridesmaid 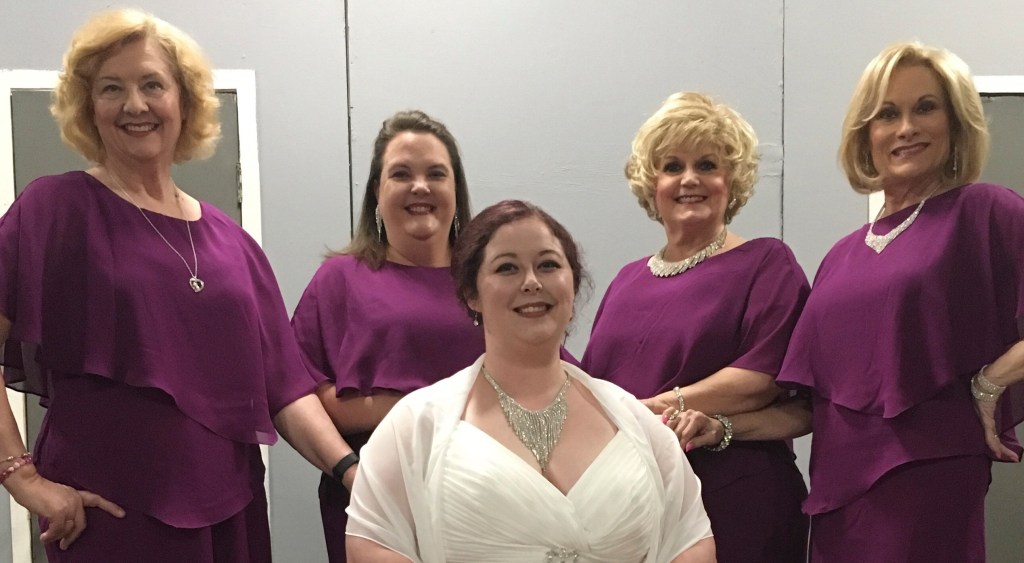 Picayune On Stage will present the contemporary comedy Always a Bridesmaid on May 17 and 18 at 6 p.m. and May 19 at noon at the Hide-A-Way Lake restaurant and lodge called Waters Edge.

The show explores the weddings of four friends and their peculiarly dressed adventures as bridesmaids, said show director Gladys Hughes. At senior prom, the four women vowed to be in each other’s weddings and the play picks up 30 years later as the women follow through on that pact, Hughes said. The play is written by Jones, Hope and Wooten.

Costumes play an important role in the comedy of the show, said Hughes, and range from maid uniforms to a dress befitting French royalty. The theater group makes costumes, remodels old costumes to suit their needs or purchase dresses online, she said.

The cast purchases their own costumes, Hughes said, and sometimes donates them to the theater group after a show ends.

The show runs two hours and has an intermission, Hughes said. Tickets are $35 and include dinner at Waters Edge, she said. Proceeds support Picayune On Stage, which is currently raising funds for a light weight portable stage, Hughes said.