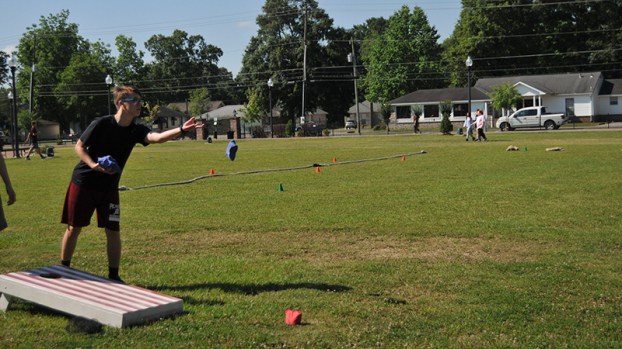 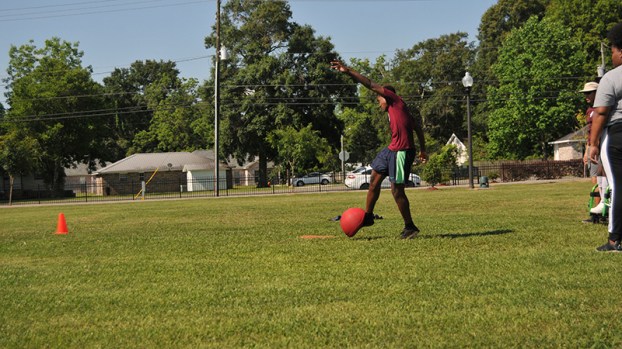 Picayune Junior High School students were rewarded for their academic achievements with a field day at Crosby Commons Wednesday.

Principal General Breeland said the field day was for the school’s STARS, which stands for successful terrific and responsible students, who achieved A and B grades, had no disciplinary referrals and maintained good attendance.

Meagan Esslinger, a seventh grade English teacher, said she organized the event, which is the first STARS field day the school has held. Almost 200 students qualified to attend the event, Esslinger said.

High achieving students are already rewarded every nine weeks, but the school staff wanted to do something big for the end of the school year, Esslinger said.

“Hopefully this will have other students working hard so they’ll get an opportunity to participate,” Cook said.

The event was paid for with funds left over from the previous school year’s STARS fund, Esslinger said. The school paid for food, the dunk tank and the bounce house, which cost around $500, Esslinger said. Teachers brought their own games from home, she said.

Maggie Fitts, an eighth grade English teacher, said the school currently has no Parent Teacher Organization, which makes it difficult for teachers to put on events like the one held Wednesday. The teachers would like to give their students smaller monthly rewards, Fitts said.

“We don’t have the money or extra hands to make it happen,” Fitts said.

As such, the teachers are trying to start a PTO for next school year, Fitts said, so they can have help with holding fundraisers and planning events like the field day.